In holiday season, Sandy repairs continue — and add up

In holiday season, Sandy repairs continue — and add up

Many Americans have the day after Thanksgiving off, free to enlist leftovers into sandwich service, or get sucked into Black Friday shopping hype. But for construction and cleanup workers in the Northeast, the scale of work needed for Hurricane Sandy rebuilding means holidays are work days. And all those swinging hammers add up to major economic impact.

With many in the storm’s path still suffering, it may seem early to talk about the repair effort boosting GDP. But the numbers are too big to ignore. The hurricane tore through expensive and well-insured real estate, so a lot of money will be spent rebuilding homes and businesses.

Bernard Baumohl, chief global economist at the forecasting firm Economic Outlook Group, predicts that rebuilding could add up to as much as $150 billion over two years. Even after accounting for losses related to the hurricane, he expects the extra activity to grow the economy by an additional half percent next year.

Mesirow Financial chief economist Diane Swonk’s estimate for storm-related economic growth is a bit lower, between $50 to $100 billion. But that’s enough to have major impact, as well as some side benefits, like revitalized roads and bridges.

But there are longer-term costs. States may have to cut services or raise taxes. People may drain their savings to get by after the storm. And insurance costs will rise.

“The insurance companies are taking a loss,” Moody’s Analytics housing economist Celia Chen points out. “So they will raise premiums and so forth and that definitely adds to the cost of owning property.”

That’s the kind of impact that hurts long after the extra construction jobs are gone. But if the boost is as positive as many forecasters predict, it’ll be welcome in a region that’s ready to be back on its feet. 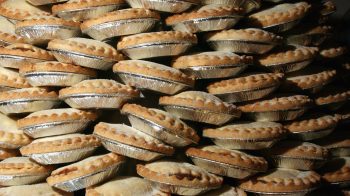