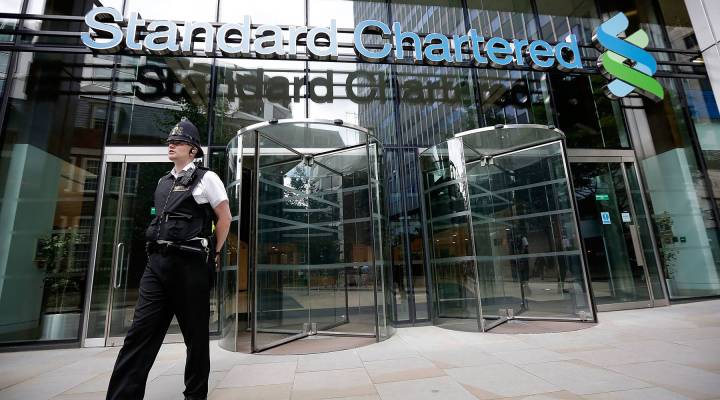 Kai Ryssdal: From the Marketplace desk of bad banking behavior, this today: One short week after being accused of illegally hiding billions of dollars of transactions it did for Iranian clients, Britain’s Standard Chartered bank settled today with New York’s top financial regulator. It’s the usual deal — a several-hundred-million-dollar settlement, probably, once the details are known. No admission of wrongdoing and the dodging of possibly stiffer penalties.

Stacey Vanek Smith: Standard Chartered is accused of laundering money from Iran through its New York branch in violation of international sanctions — 60,000 transactions totaling at least $250 billion have been called into question.

Lance Kimmel is a securities attorney.

Lance Kimmel: I think this is a total and complete victory for the New York Department of Financial Services. This settlement is stunning in the speed in which it was arrived at as well as the amount for which it was settled.

Kimmel: The threat of having its licence revoked by New York state.

Kimmel says New York’s big leverage was that it could pull Standard Chartered’s banking license. It had scheduled a hearing for tomorrow. That’s now cancelled. Standard Chartered is still in settlement talks with federal regulators.