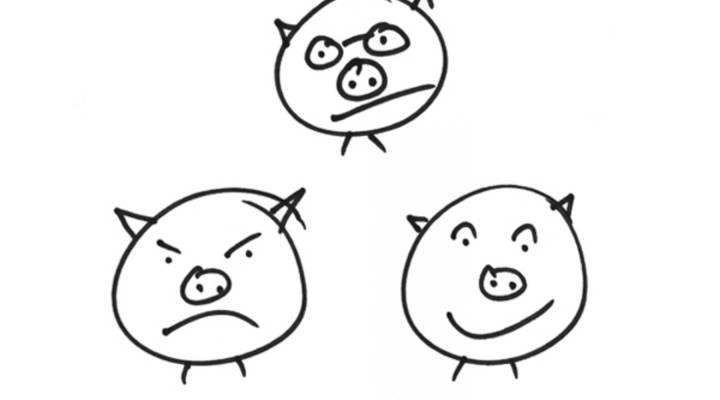 What exactly is a Eurobond and why are so many people interested in having them? Sr. Producer Paddy Hirsch explains with a little help from the three little pigs. Marketplace
Marketplace Whiteboard®

What exactly is a Eurobond and why are so many people interested in having them? Sr. Producer Paddy Hirsch explains with a little help from the three little pigs. Marketplace

The battle between Germany and the rest of the eurozone nations is once again focused on Eurobonds. (Although Angela Merkel seems to be winning right now).

Eurobonds are a dream investment for almost every nation in the eurozone…except Germany. The reason? Right now most eurozone nations are finding it very difficult to borrow money. When Greece or Ireland, for example, attempt to borrow from the market by selling bonds, investors demand high interest rates. In many cases, those rates are so high that they end up adding much more debt to the country’s balance sheet. And the more debt a country has, the higher its interest rates go, and so on. In this case, the only way a country can get rid of its debt is by either cutting spending to the bone or by getting someone to bail it out.

The Greeks and Spanish love this idea, because when a Eurobond is underwritten by the more successful economies in the eurozone, such as Germany, investors have a lot more faith its repayment. That would make the Eurobond’s interest rate a lot lower than a Greek bond or a Spanish bond.

But Germans hate the idea. Right now, Germany can borrow at a low rate because it’s a good credit risk. But bind the German economy to the Greek and Spanish economies, and it looks a lot riskier. Which means investors will want a higher interest rate to compensate for the increased possibility of losing their money.

That’s bad enough, but what the Germans really hate is that Eurobonds will let the Greeks and the Spanish off the hook. With Germany backstopping them, they can go back to their freewheeling, tax-dodging ways. The pressure to get their governments in order, tighten up their tax regimes and exercise some spending restraint will relax, and by now we all know what a European government that’s not under extreme pressure can achieve…nothing.