Lizzie O’Leary from Bloomberg News and Leigh Gallagher of Fortune Magazine discuss the week on Wall Street and beyond.

On what’s going on in Washington:

Lizzie O’Leary: No, we’re not having a shutdown. The humor with this one was, I think, everybody’s been so inured by the four previous stances of this that we’ve done this year that everyone was like, ‘Yeah whatever, we know you’re not going to shut down, just announce the deal and let’s get it over with.’ So that part is done; we still don’t know what’s up with the payroll tax cut extension. The Democrats have caved on a millionaire surtax to pay for that, but no one has quite figured out exactly how to pay.

On whether Europe’s problems are over:

Leigh Gallagher: No, it’s not fixed. I just think we’re just settling into a very long-term pattern here. I think at this point, the optimist’s view is that Europe can tip into a recession without dragging us into it…I don’t know if I believe that, but there is a school of thought out there that that is the best case scenario.

For more analysis, listen to the full audio above. 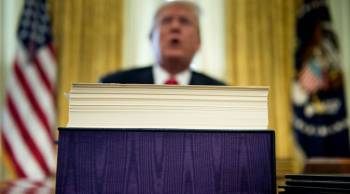