Kai Ryssdal: I’m going to set up this next story by doing something they tell you never to do when you’re learning how to do business coverage. I’m gonna start with a bunch of numbers. So stay with me.

In June, the entire U.S. economy added just 18,000 jobs. In the past 10 days, two big layoffs have completely neutralized that pickup. Between ’em, Cisco and Borders announced 18,000 layoffs.

Today, there was another one. Research In Motion, the Canadian maker of BlackBerries, is going to cut 2,000 people, including some in California, Florida and Illinois. The Labor Department has another word for it: mass layoffs.

Jeff Tyler: Research in Motion follows Cisco and Borders in announcing big job cuts this month. July will still see more jobs created than lost. But growth in the private sector is weak, at best.

John Challenger: The private sector particularly is continuing to create new jobs. The problem is, the government sector is in recession, losing jobs, and every month, mitigates some of the jobs that have been gained in the private sector.

Cuts in public spending can hurt private companies like aerospace that depend on government contracts. Sylvia Allegretto is an economist with the Institute for Research on Labor and Employment at U.C. Berkeley. She says federal, state and local governments should be boosting employment in order to support a recovery in the private sector.

Sylvia Allegretto: But of course, we’re seeing the exact opposite of that. We’re seeing that the public sector — which is down about a half a million jobs over this recession — continues to shed jobs at an alarming rate.

Instead of focusing on the budget deficit, Allegretto says Congress should be concerned with the jobs deficit. The country needs to add about 11 million more jobs just to get us back to a pre-recession unemployment rate. But major cuts in public spending could undermine job growth, essentially kicking the fragile economy before it’s back on its feet. 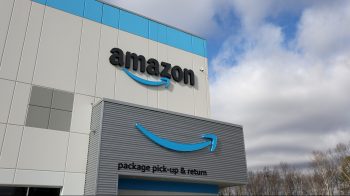 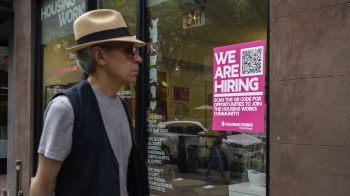 Layoffs are not necessarily cause for broader economic alarm