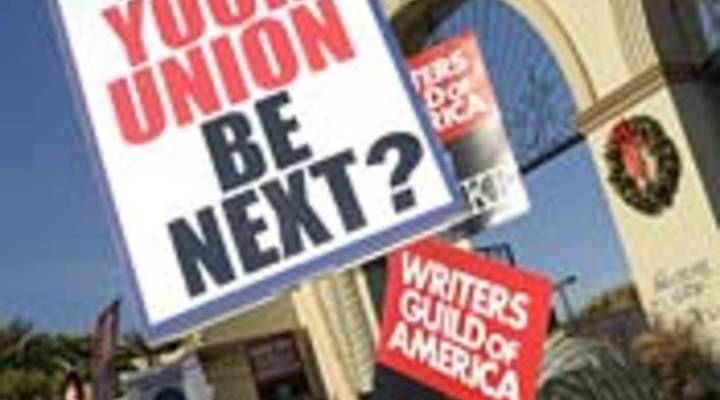 Scott Jagow: It doesn’t look like the Hollywood writers’ strike is going to end anytime soon. And with awards season coming up, things could get ugly. Some stars are threatening a boycott of those shows.

And two more late-night hosts plan on crossing the picket lines. Jon Stewart and Stephen Colbert say they’ll go back to work the first week of January. Plus, the strike is costing a lot of people a lot of money. Stacey Vanek-Smith has more.

Stacey Vanek-Smith: Los Angeles drivers are still showing their support to writers picketing the studios, but that support is getting expensive. The strike has cost the regional economy more than $340 million. That’s according to new numbers from the Los Angeles County Economic Development Corporation.

Jack Kyser is chief economist for the group. He says the industry is on a slippery slope.

Jack Kyser: This is sort of a difficult time. You have the new TV season underway. You have a lot of the new series seem to be gaining a little traction, but they’re in danger of running out of scripts, and then what do they do? They don’t have an inventory of old shows that they can show during reruns.

If the writer’s strike keeps going through the end of the current TV season in May, the industry is expected to lose around $2.5 billion. 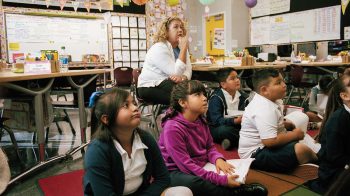 The lessons teachers learned on the picket line