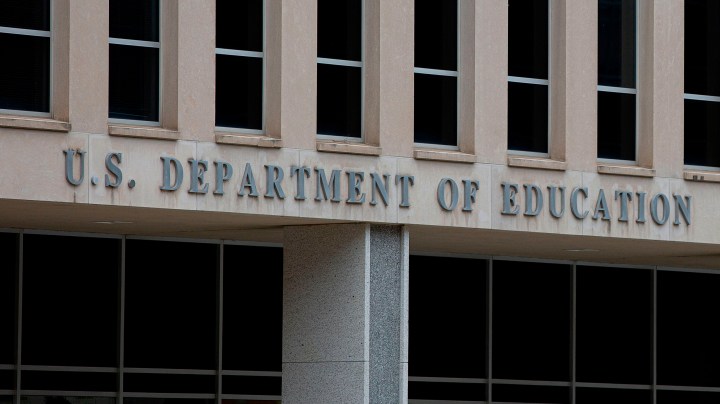 COPY
The Department of Education recently announced that Jordan Matsudaira will be the first chief economist in its 43-year history. Alastair Pike/AFP via Getty Images

The Department of Education recently announced that Jordan Matsudaira will be the first chief economist in its 43-year history. Alastair Pike/AFP via Getty Images
Listen Now

The Department of Education recently announced it would appoint a chief economist for the first time. The agency called it part of a push to bring a more data-based approach to policymaking. However, the department has been around for about 43 years, while economists have been around for centuries. So how did we get here?

Part of Jimmy Carter’s 1976 presidential campaign was making education a national priority. “We can have an America that provides excellence in education to my child and your child and every child,” he said at that year’s Democratic National Convention.

Once elected, he made education its own Cabinet department. Stuart Eizenstat, who was Carter’s chief domestic policy adviser, said the president had lots of goals for the agency — economic and otherwise.

“Remember, he grew up in the segregated South. It was to be an integrative situation where people of different ethnic and racial backgrounds could work together in a school structure,” Eizenstat said.

After four decades, the agency has access to a lot of data. And it’s time to leverage that information, per the department’s brand new chief economist, Jordan Matsudaira.

“I think building this team is just kind of recognition of our need to really have kind of better analytic firepower,” Matsudaira said.

But policymakers still have to pay attention to what they can’t easily analyze, said Jon Valant, who directs the Brown Center on Education Policy at the Brookings Institution.

“When we focus too much on creating policies that perform well on the things we can measure, we tend to get tunnel vision and not do in schools the kinds of things that we need to do to make sure that we’re satisfying all of the different goals of education,” he said.