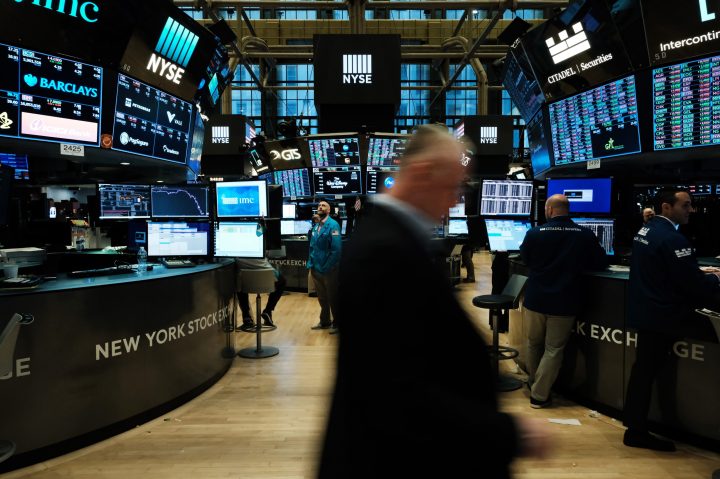 COPY
Traders work on the floor of the New York Stock Exchange on March 20, 2020 in New York City. Changes to the market that seem to target market efficiency are in the works. Photo by Spencer Platt/Getty Images

Traders work on the floor of the New York Stock Exchange on March 20, 2020 in New York City. Changes to the market that seem to target market efficiency are in the works. Photo by Spencer Platt/Getty Images
Listen Now

The Securities and Exchange Commission is reportedly expected to announce a plan for major changes to the stock market that could come as early as this summer.

Chairman of the SEC, Gary Gensler, began looking into these changes last year after the so-called “meme stock” excitement took on a life of its own – with individual investors seizing onto shares of companies like GameStop and AMC Entertainment, pushing back against hedge funds that bet those companies’ stock would tank.

Gensler may outline some of the proposed changes in a speech Wednesday, according to reports.

“Marketplace Morning Report” host David Brancaccio spoke with Erik Gordon, professor at the University of Michigan’s Ross School of Business, about some of the ideas in the works.

David Brancaccio: The general thrust seems to be, could we make markets more efficient? One of the ideas is this term of art, “payment for order flow.” How do we explain that?

Erik Gordon: Payment for order flow is like a magic wand that lets Robinhood and other brokerages, let us trade stock for free for no commissions. I go on my laptop, place an order to buy 100 shares of stock. My broker sells that order to someone else called a wholesaler. It sends it to a company like Citadel and Citadel pays my broker for my order. And then my broker doesn’t charge me a commission.

Brancaccio: The benefit is end users, small investor doesn’t pay a commission. But maybe the question is, are they getting the best price?

Gordon: That’s an important question. If I save $10 on the commission, but get a price that’s $15 worse, I’m actually $5 worse off.

Brancaccio: In the name of market efficiency, these changes are being contemplated, who could be against more efficiency?

Gordon: You’re against more efficiency if you’re the person who’s making money from the inefficiency or from the perceived inefficiency. So in this case, those market wholesalers. And they say they’ll be hurt unfairly because they say, while in theory, you might be getting worse prices because your broker deals with them, in reality they’re giving prices that are just as good and sometimes better than you would have gotten without them.

Brancaccio: Another thing is these things called ticks. You know, I could offer a stock at $1.16 or maybe get a better price at $1.15. But the smallest amount of change is one cent, long time ago it was a 16th of dollar, six and a quarter cents was the minimum. They could tweak that with a view to making these things “more efficient.”