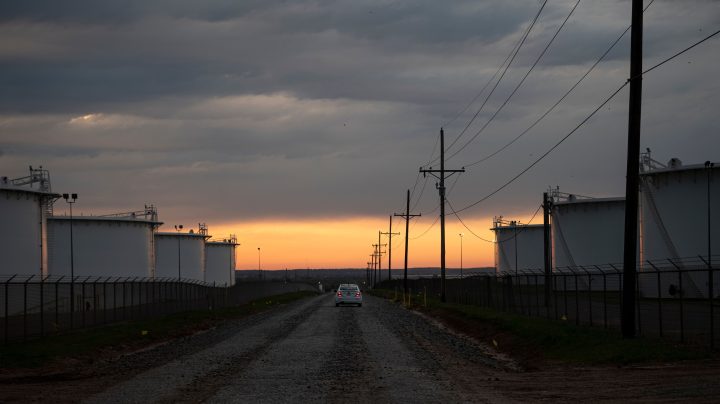 Energy stocks are among the few sectors in the S&P 500 index that are up since this time last year. But energy investors had endured almost a decade of weakness in the stocks. Monday on “Marketplace,” we discussed investors’ reluctance to throw money at long-term projects like refineries. But does the current stock rally change that?

Russia’s invasion of Ukraine disrupted the global oil and natural gas supply. Add to that a resurgence of demand for travel services to almost pre-pandemic levels, and we get higher prices for oil and gas.

“This is the first time that energy companies have had a reason to smile since roughly 2014,” said Stewart Glickman, an energy analyst for CFRA Research.

“Oil prices have kind of fluctuated between mediocre and lousy for the better part of seven years. So this is the first time that we’ve had $90-plus-per-barrel oil in a long time. And on top of that, natural gas is pretty frothy too,” he said.

Those years of lousiness burned investors. CEOs told them that the key to success in the energy space was maximizing production. That sentiment no longer prevails.

“Volume didn’t create value for shareholders, and now we’re finding ourselves needing more volume, but the industry is not prepared and partly not willing to change how they invest,” said Peter McNally, an energy analyst at Third Bridge.

Big oil companies have been rewarding their investors with dividends and stock buybacks instead of reinvesting that capital into expansion.

But Clark Williams-Derry, at the Institute for Energy Economics and Financial Analysis, said the situation is not good news for other parts of the economy.

“The better the oil and gas industry does, the worse the rest of the economy does,” Williams-Derry said.

Another way of putting it, Williams-Derry said, is that high energy prices act as a sort of tax on the rest of the economy.