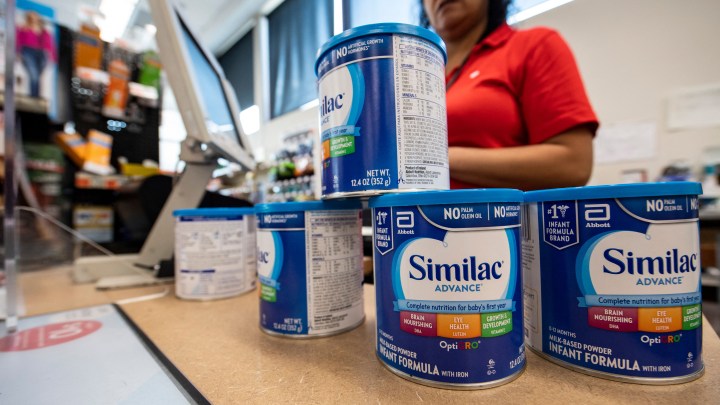 With infant formula in very short supply, many Americans have been getting a crash course in market concentration.

Just four companies make 90% of the formula sold in this country, which means that a recall and a plant closure at just one of those companies is having some pretty serious ripple effects. A similar lack of competition can be found in many sectors of the American economy.

When we talk about market concentration, we’re measuring the number of companies selling a product and each company’s share of the total market.

“So a market is considered highly concentrated if there are a small number of suppliers with relatively high shares,” said Leemore Dafny, a professor at Harvard Business School.

Concentration gives companies more power to control prices, Dafny said. Plus, “if one of those firms is taken out of business for any reason” — like a massive recall and a plant closure — no one’s waiting to pick up the slack.

“Which could lead to price hikes and shortages,” Dafny said. During the pandemic, we’ve seen this play out with meat and computer chips.

“Anyone who’s over the age of 20 has seen the number of airlines decline and the experience of traveling deteriorate,” Callaci said.

How did we get here? “A merger policy that has been too lenient is one of the culprits,” said Eleanor Fox, who studies competition policy at the NYU School of Law.

The baby formula crisis should show us that that’s not always the case, Fox said.