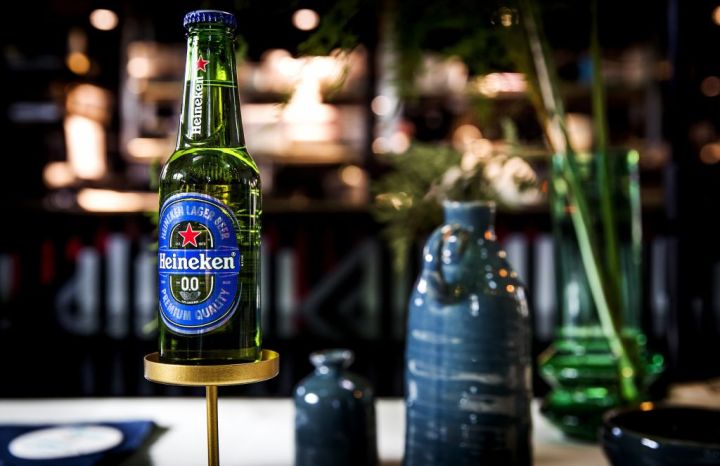 After overindulging during the holidays, many people concentrate on health and wellness in the new year. Some practice Dry January and give up drinking for the month. And more people are drinking less or have given up drinking altogether: Sales of nonalcoholic beverages grew more than 30% last year, according to NielsenIQ data.

Nick Bodkins had a couple reasons to stop drinking last year. His wife gave it up because she was going through IVF. He also didn’t like how much money he was spending.

“And Dry January turned into Dry February and into Dry March,” he said.

Bodkins does drink now. He just drinks less. And he said that’s the case for most of his customers at Boisson, his small chain of nonalcoholic beer, wine and spirits stores in New York City.

“For a lot of folks it’s very much health and wellness focused. It’s, you know, I’m thinking a little bit more about what I put in my body,” he said.

Younger people are leading the nonalcoholic and low-alcohol trend. Courtney Schiessl Magrini is the executive editor of SevenFifty Daily, an alcohol industry magazine. She said the market had been growing over the last decade, but exploded during the pandemic. Now even household names like Heineken and Lagunitas make nonalcoholic beer.

“We see new products entering the space every day, so there’s no reason to think this is going to slow anytime soon,” she said.

Especially, she said, as more bars and restaurants add nonalcoholic cocktails to their menus.