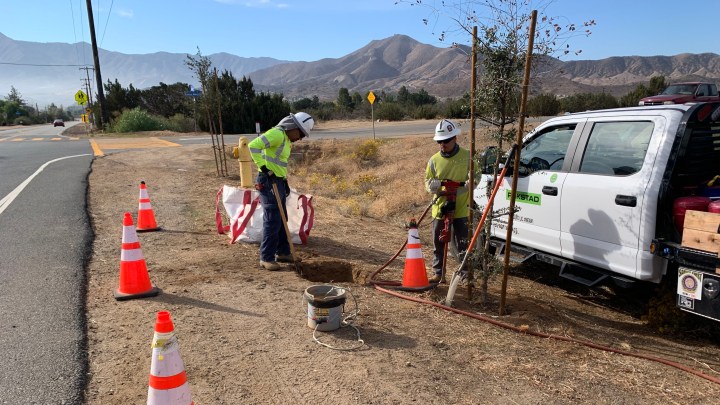 COPY
Utilities have been making upgrades to their systems. Above, workers re-anchor a pole that suspends power lines outside Acton, California. Lily Jamali/Marketplace

Utilities have been making upgrades to their systems. Above, workers re-anchor a pole that suspends power lines outside Acton, California. Lily Jamali/Marketplace
Listen Now

Some of California’s most devastating fires have been sparked by power lines and equipment. As of this week, investigators found that’s what started last year’s million-acre Dixie Fire well.

To prevent fires from sparking, investor-owned utilities have taken to shutting off electricity — for up to a million customers at a time — during peak weather for these blazes. It’s become common practice since the 2018 Camp Fire, the worst in California’s history, which started on 97-year-old power equipment.

Now, there’s a push to ensure that power companies in the state take inventory of their oldest infrastructure.

Residents have stories about the power going off at the most inopportune times, like Thanksgiving Day 2020.

“I have an electric oven — couldn’t cook the turkey. So we put it on the barbeque. It came out really good, it was just different,” said Jan Brown, who runs a print shop in Acton.

Many in this town of 74,000 on the mountainous northern edge of Los Angeles County can relate. In 2020, their utility, Southern California Edison, cut power almost 300 times in the region — parts of it fire country.

The blackouts were scary and they can be dangerous, but Brown knew things could be worse. “My thoughts went to the people in Paradise that just were totally devastated.”

Paradise is the Northern California town destroyed in the Camp Fire. It started when a century-old hook snapped, causing sparks to fall onto dry brush below.

Pacific Gas and Electric, or PG&E, pleaded guilty to killing 84 people and starting the fire. Then-CEO Bill Johnson spoke at the sentencing hearing in 2020: “I wish there were some way to take back what happened or to take away the impact, the pain that these people have suffered. But I know that can’t be done.”

In a law passed months after the Camp Fire, California created a wildfire safety division within the state Public Utilities Commission and appointed a board of experts to advise it. Meanwhile, the utilities have been making upgrades to their systems.

In the fall, contractors were breaking ground in Acton, re-anchoring a pole that suspends power lines above a highway overpass. The wildfire safety advisory board is pushing for more, recommending that utilities start tracking their oldest equipment.

They’ve zeroed in on a regulation called General Order 95, which governs how California’s power lines are built and maintained. The order is 80 years old and says it doesn’t necessarily apply to equipment built before it took effect.

In an email, the advisory board’s former chairwoman, Marcie Edwards, told Marketplace this old electrical infrastructure is some of the state’s riskiest. Like that 97-year-old hook just outside Paradise.

PG&E and SoCal Edison say they don’t factor age into their equipment inspections.

“We treat it all the same. If they see something that needs repair, we will document it and schedule it for repair,” said Raymond Fugere, a principal manager with SoCal Edison.

That surprises Joe Mitchell, one half of a husband-and-wife team of wildfire safety advocates.

“I would have thought that after the fires, there would have been more effort to do a historical survey,” he said.

His wife, Diane Conklin, a lawyer, said the utilities have avoided doing that for a long time. “If you don’t know what your problems are, then guess what? You don’t have to solve them,” she said, chuckling.

This isn’t just a problem in California.

Across the country and for a long time, power companies have run their equipment until it failed, according to Michael Wara, who directs Stanford’s climate and energy policy program. Now, he said, California is moving toward a system of fixing things before they fall apart.

“More like how commercial aircraft are operated, where it’s not OK for a jet engine to break while in flight, and so the components of the jet engine are maintained and serviced and replaced long before they wear out,” Wara said.

As these repairs and upgrades take effect, Acton residents are noticing that there are fewer utility-led power shut-offs these days. But they’ll still be part of life in California for a long time. 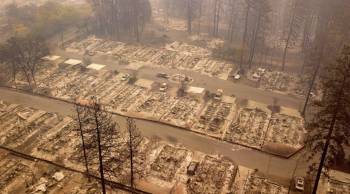