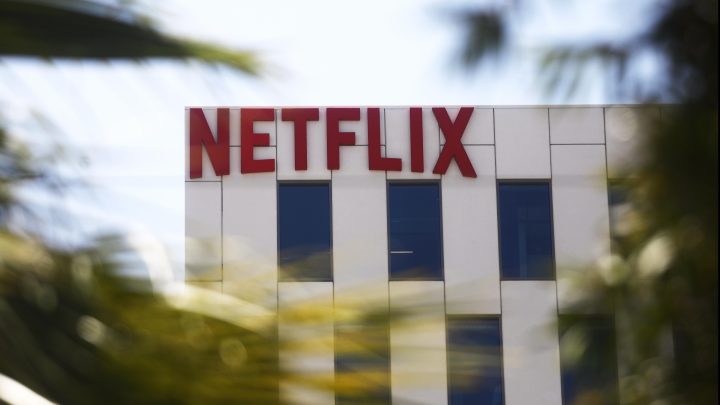 Whether it’s a carefully crafted commercial jingle or the voice of Siri, sound can play an important role in a company’s brand identity. As more people interact with brands in digital spaces, companies are using sound to their advantage.

In an ongoing podcast called “Twenty Thousand Hertz,” Dallas Taylor tells the stories behind recognizable sounds such as NBC’s chimes, Netflix’s startup sound and HBO’s theme music. He spoke with “Marketplace” host Kai Ryssdal about the increasing importance of sound in the modern era. The following is an edited transcript of their conversation.

Kai Ryssdal: Could you do me a little, a little definition thing here? “Sonic branding” versus “sonic logos.”

Dallas Taylor: They’re kind of interchangeable. A sonic logo, I would probably define more as something like a Netflix ta-dum or an HBO static angel, whereas sonic branding might even be something like a text message sound.

Ryssdal: Sorry, HBO “static angel”? Is that what it’s called?

Taylor: Yes. So, HBO, you know that classic kind of, like, staticky sound that goes into this “sshh-ahhh.”

Ryssdal: Yeah, I do!

Taylor: Well, it’s cool because back in the ’80s, there was this revolutionary, new kind of television thing that was beamed up in satellites. And so they were trying to communicate, “This is not TV, it’s something special.” And the most quintessential sound that they could come up with, back in the ’80s, that would represent television would be TV static. Then they kind of built out this synth harmonic thing that transports you into this whole new world.

Ryssdal: You know, it’s so interesting that so much thought goes into these things because you hear it and you’re like, “OK, my HBO show is coming on,” or, you know, “My Netflix show is coming on.” Would you walk us through — as briefly as you can because this was, like, a 20-minute podcast you did — the Netflix “ta-dum” and how that came to be? Because it’s amazingly intentional for, like, three seconds of audio.

Taylor: Right? So they’re coming off this long history of, like, film, big film logos — think of the Twentieth Century Fox logo or the THX sound or Leo the Lion. They knew that if they played some long thing, that people would tune it out. In the age of streaming, you want this, like, click-and-play immediate effect. So the story of that sound, in particular, was, Lon Bender, the sound designer, basically hit his ring finger up against a cabinet, sweetened it — which is a very sound designery term for adding other sounds to it to make it sound cooler. It was short, but it didn’t really, like, have a payoff. So, one of his sound designer colleagues, Charlie Campagna, just happened to pull out this reversed guitar track that he had made two decades prior. They basically put the two together, and it was like “ta-dum.”

Ryssdal: Yeah, you know, it’s funny because there’s a little bit of serendipity in that story, but a whole lot of intentionality. And here’s why we wanted to talk to you. You know, companies have been visually branding their stuff forever, right? But as we now move more fully into the digital space, those digital audio branding things that are so short and snappy are becoming all the more important.

Taylor: Um-hm. Sound is almost like a magic trick in my mind because it’s something we don’t think about a lot. We think about all of our other senses very intentionally. You know, we have food channels, we love curating our clothes, but sound is something that humans, culturally — at least now — don’t think a lot about. But it has this really powerful ability to prime your brain for what’s coming or into whatever world this brand is trying to put you. And now, we’re in the very first generations of putting speakers millimeters from our eardrums. I think we’re kind of at a dawn of a new era with sound because of that. I think that’s why so many brands and people are starting to think about that emotional prime.