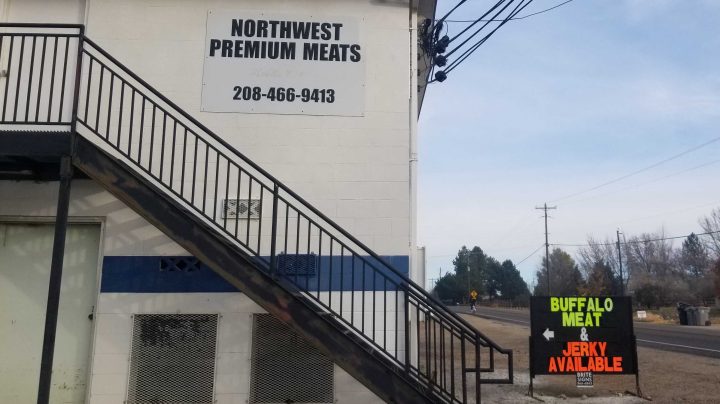 The Northwest Premium Meats building is weathered and old, but it’s getting a lot of new customers.

Elliott Tolbert manages this USDA-certified business in Nampa, Idaho. He said it’s had a massive influx of buyers and people wanting meat processed during the pandemic — “like 120% increase or better. You know, 200%.”

But it’s hard for shops to grow when there are labor shortages.

Tolbert’s shop was able to expand from around 10 people before the pandemic to 18 in November. Half of those employees are new, and some of the others are highly skilled veterans who could retire soon. He knows he has to incentivize them to stick around. That’s challenging in a fast-growing area with an unemployment rate below 3% and an increasing cost of living.

“The way the valley has been, the cost of living has caught up with the rest of the country,” he said. “We’re still not California … but it’s high. And we have to pay our guys accordingly, and we have to pay them a fair wage.”

Having a few extra employees wasn’t enough to keep the company processing wild game, however, like deer and elk. In the past, Tolbert said, they would do that after hours, but they had plenty of other business these last two hunting seasons.

“When it came down to it, it was just nobody wanted to do it. We didn’t have the manning. Everybody was already running ragged, so we just eighty-sixed it,” he said.

Still, hunters have kept calling, looking for anyone to process their animals.

“I know guys that are doing it on the weekends, and a couple of them have told me stories of, ‘Yeah, you know, they brought it over to my house, or I went over to their house to help them cut it up, and it was bad,’” he said.

The meat had spoiled.

Get Your Meat LLC, in nearby Boise, only processes wild game. Andy Dansereau started the company a few years ago because he’s passionate about it. He likes working with and talking to hunters, even if he might not make as much money as other butchers.

“There’s a lot more money in cutting domestics like your beef, sheep and pork than there is cutting wild game. And you know, it’s cleaner, it’s nicer,” he said.

But this year, he was slammed. “In October, we were averaging 110 phone calls daily,” he said. “We just stopped answering the phone, unfortunately. We didn’t know what to do. You know, I’m a small shop, so there’s only two of us.”

By early November, he said, there were 200 people on his waitlist.

This isn’t just an Idaho problem. The American Association of Meat Processors has seen a national move away from game.

“For a lot of our members across the country, wild game season was where they made the extra money that they put into their equipment,” said Christopher Young, AAMP’s executive director. “But because other business has become so good, some of them have walked away from it.”

Young said some shops have tried increasing their wild game processing costs to reduce demand, but in many cases, the demand hasn’t slowed.

But that puts hunters in a tough spot, especially if they don’t have the time, space or know-how to process game themselves.

Even if you got one of the first deer or elk of the season, you might have waited a while to have it processed. Jayson O’Neill in Helena, Montana, shot a mule deer buck on Oct. 23 — the opening day of Montana’s general rifle season.

“By about 9:30 opening morning, I already had it gutted and ready to start the trudge out to pack it out of the forest,” he said.

He brought it to a local butcher by closing time that night; it still took more than 2½ weeks to be processed. Their message to him was clear: There was a staffing shortage.

Sven Berg got a white-tailed doe in north Idaho last year and couldn’t find a single place to process it locally. He ultimately dropped it off and later picked it up in Spokane, Washington, roughly 40 minutes from where his dad lives. And the cost was more than three times what he’d paid just five years earlier.

If he harvests a deer and it’s still hard to find a local, affordable processor this season or in the future, Berg and his dad may just sharpen their own knives.

“We’re just going to say, ‘You know what? Let’s just bite the bullet,’” he said. “’Let’s lay a bunch of tarps out and start butchering this ourselves.’” 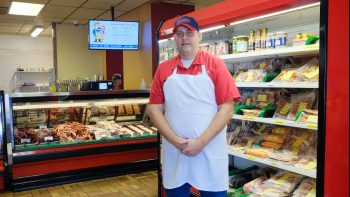