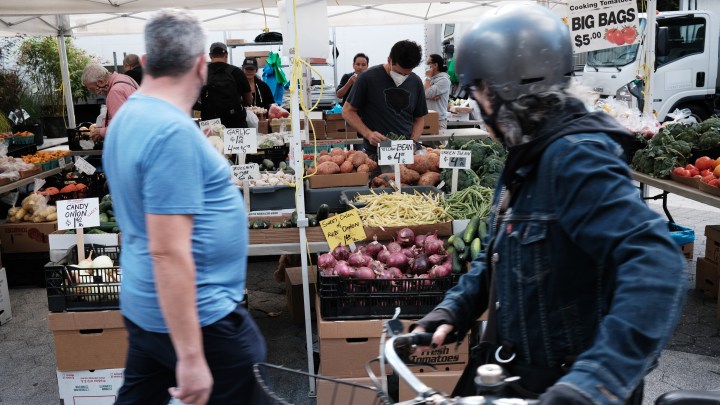 COPY
In her new book, "How the Other Half Eats," Priya Fielding-Singh explores the factors contributing to nutritional inequality in America. Above, people shop for fresh produce at a farmers market in New York City. Spencer Platt via Getty Images
Shelf Life

In her new book, "How the Other Half Eats," Priya Fielding-Singh explores the factors contributing to nutritional inequality in America. Above, people shop for fresh produce at a farmers market in New York City. Spencer Platt via Getty Images
Listen Now

While the United States tries to control the coronavirus pandemic and recover from it, economic inequality is still a growing issue for Americans. This divide is even worse for people of color. And nowhere does it play out with more far-reaching implications than at the dinner table.

In her new book, “How the Other Half Eats: The Untold Story of Food and Inequality in America,” Priya Fielding-Singh, an assistant professor at the University of Utah, discusses how inequality manifests in how Americans eat and the nutritional disparities along economic, racial and ethnic lines.

“One thing that I found was that the context within which mothers were raising their children really differently impacted whether they were able to feed their kids the way that they wanted,” she told “Marketplace’s” Kai Ryssdal.

Click the audio player above to hear Ryssdal’s conversation with Fielding-Singh about food, family and economic inequality.

The following is an excerpt from her book.

Study after study has revealed nutritional inequalities across socioeconomic status and race and ethnicity in America. Improvements in diet over the past decades have largely been concentrated among middle- and higher-income Americans. In particular, high-income Americans are now eating better than ever — more often swapping fruit juice for whole fruits, replacing refined grains with whole grains, and eating tons of nuts — while improvements among lower-income Americans have been much more modest. Such dietary strides have also been racially patterned; white people’s diets have been steadily improving over time, while Black and Mexican-American individuals haven’t experienced the same upward trends. Such inequities exist for both adults and children.

These nutritional disparities are alarming because of just how much diets matter for our overall health and well-being. Unhealthy eating causes more than half a million deaths per year and is linked to multiple chronic diseases, including cardiovascular disease, high blood pressure, several types of cancer, and type 2 diabetes. Today, an unhealthy diet is the leading contributor to mortality in the United States. What we eat has become, quite literally, a matter of life and death.

Because our diets have such profound implications, nutritional disparities help drive broader health disparities that disproportionately harm individuals already marginalized in American society — low-income communities and racial and
ethnic minorities. Compared to high-income Americans, low-income Americans have greater rates of diet-related disease and shorter life spans. They are also five times more likely to report being in poor or fair health. People of color similarly bear the disproportionate burden of diet-related illness. Compared to white people, Black, Latinx, and American Indian individuals have higher rates of chronic disease and fewer years of life. While the factors underlying socioeconomic and racial health disparities are multifaceted and complex, nutritional inequalities help perpetuate them over time and across generations. 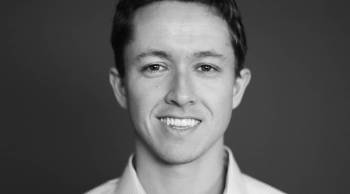 How we overlook the most basic ways to get healthy 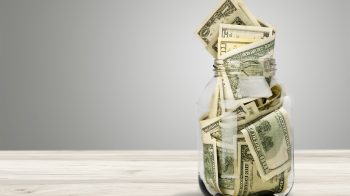 Why so few Americans have the savings to weather this pandemic

The Fed says the economy is in a “good place.” Could it be doing more?