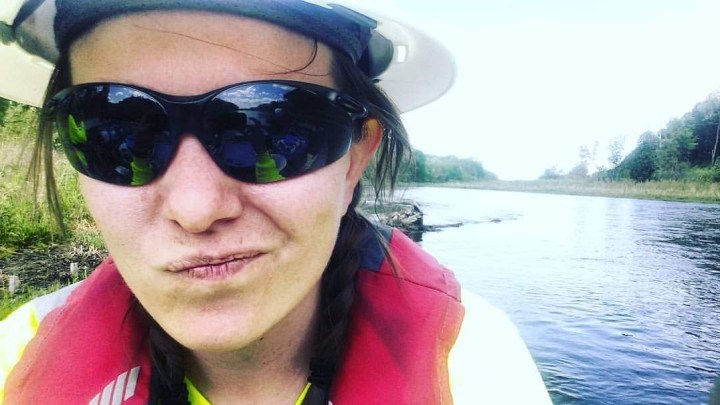 Since the beginning of the pandemic, millions of people have left their jobs, sometimes for better-paying jobs, sometimes leaving the workforce entirely. Mel Glenn in the Denver, Colorado, metro area, decided to leave her job during the pandemic — but not for better pay. She explains her decision to become what she calls a “mosquito hunter.”

My name is Mel Glenn, and I am a mosquito control technician in the Denver area. I’m basically a mosquito hunter. I get my muck boots on, walk out into the cattails, and I take a dipper — which is just a long stick with a cup at the end — and I look for the mosquito larva in the water.

Before, in early 2020, I had been working in a water quality lab. I decided to leave because during the pandemic we were told we were essential workers, and that I would have to be in the lab with my co-workers every day. I didn’t feel comfortable being around all those people.

Through a friend, I was able to get an interview with this company. I had done a season of mosquito control before, so I knew I had the experience for it. And I knew that I would just be driving around by myself in a truck, and so I thought that would probably be a lot safer [than working in the lab]. They said, basically, “you’re hired.” They’re always looking for people. And not everybody loves stinky swamps like I do. It was a big pay cut — about [a] $7 pay cut — from my full-time, year-round lab job to a seasonal position.

The field season is wrapping up. After that, I don’t know. There’s no plan yet. I will have to try to find some way to make up at least some of my income. If I find another job, as summer rolls around, I’ll have to quit that job. You know, it doesn’t look great on applications or resumes when you’re constantly quitting a job at the same month every year. I just know that this is what I want to do and I have faith in myself to make it work.