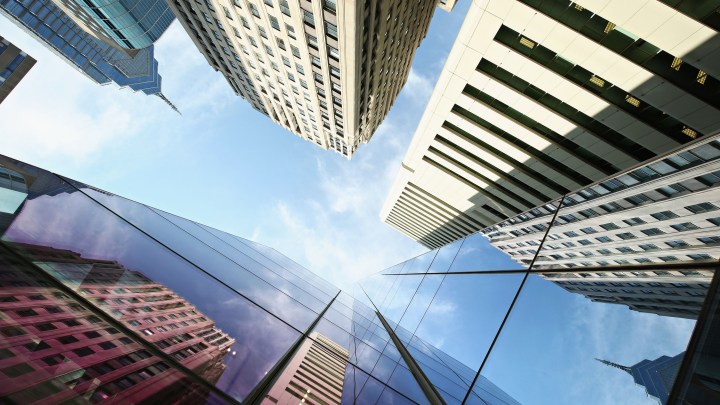 COPY
In 2019, the group of top CEOs published a Statement on the Purpose of a Corporation, pledging to support "all stakeholders." Otis Rolley of the Rockefeller Foundation says much work remains to be done. Cindy Ord via Getty Images

In 2019, the group of top CEOs published a Statement on the Purpose of a Corporation, pledging to support "all stakeholders." Otis Rolley of the Rockefeller Foundation says much work remains to be done. Cindy Ord via Getty Images
Listen Now

On Aug. 19, 2019, the Business Roundtable, a group of CEOs from some of the country’s biggest companies, announced a new Statement on the Purpose of a Corporation.

Nearly 200 CEOs pledged that moving forward, they would “lead their companies for the benefit of all stakeholders — customers, employees, suppliers, communities and shareholders.”

“Marketplace” host Kai Ryssdal spoke with Otis Rolley, senior vice president of the U.S. Equity and Economic Opportunity Initiative at the Rockefeller Foundation, about how corporate America has done with these promises during the pandemic and the ongoing racial reckoning. Below is an edited transcript of their conversation.

Kai Ryssdal: So, as you survey the corporate America landscape in light of the past two years, what kind of score do you give them in terms of meeting the obligations of what they had set out to do in that statement a couple of years ago?

Rolley: Most definitely. You know, there’s been almost $50 billion that’s been committed toward advancing racial equity, only about $250 million of that has actually been spent or obligated in real, specific initiatives. We need to see them paying their fair share in taxes and advocating for progressive tax codes. We need fair wages. Fifty-three million Americans, or 40% of all workers, are earning low wages, and Black and Latinx Americans disproportionately so. And then finally, I really think it’s just crucial that we see real investing in financial products that offer smaller loans. A lot of times, banks and others don’t really find it profitable to process a small loan, you know, $250,000 or less. And that’s often the difference between aspiration and reality for a lot of small — particularly small Black and Latinx — businesses and entrepreneurs.

Ryssdal: Do you think it’s fair to be checking in on this after only two years? And yes, two years is a long time and you’ve got to hold people’s feet to the fire, but we’re trying to remedy a generationslong issue.

Rolley: I definitely think it’s fair. You ask any corporate leader, I don’t care about the sector, they would not wait two years to check on whether they are making progress as it relates to any component of their work that affects their bottom line. And so, whether it is the for-profit or nonprofit sector, you need constant information. What is watched gets done, what is measured gets done. We need to fail fast, learn fast, fix fast, to help to remedy decades and decades — if not centuries — of historically racist, structurally racist systems that have prevented people of color, Black and Latinx, Indigenous people of color, from having access to capital and credit. So no, it is not too soon.

Ryssdal: What are you looking for as markers of progress, as you sit and you try to keep track of what corporate America is doing to make good on its pledge to rethink the nature of corporations, but also racial equity and social justice? What are your markers? What are your indicators?

Rolley: Great question. So, pay equity, racial, ethnic diversity data, educational and training programs and access to them, community investments, true community investments, any anti-discriminatory policies and then numbers, hard numbers, in terms of access to capital and credit, particularly along gender and race data points, so that you know whether or not banks are actually lending to women and to Black, Indigenous, people of color in a real and substantive way. So, I think all of those things combined, when measured and monitored, will reveal to us whether we are moving from where we have historically been to where we need to be.

Ryssdal: You know, it occurs to me, just as a way to wrap this up, what we’re really talking about here is redefining, or perhaps defining, I guess maybe, the idea of corporate citizenship.

Rolley: Very much so. And ultimately it is, do we, in fact, start to live up to our ideals and vision of what America can and should be? And that profit alone is not a measurement of [corporations’] success? Having a real emphasis on commitment to and in diversity, equity and inclusion, particularly as it relates to access to capital and credit, is a way to have them finally live up to being true citizens.