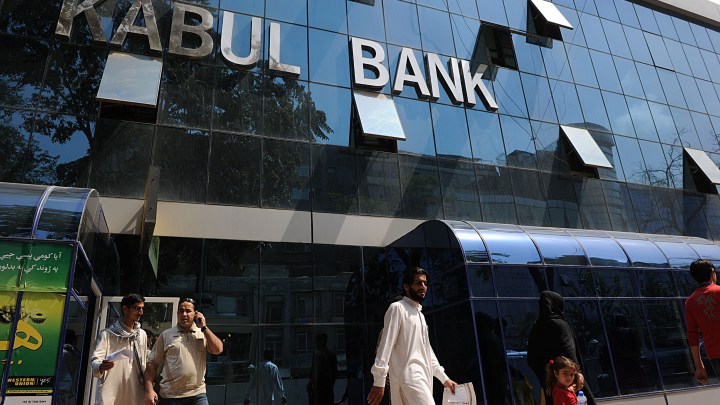 The head of Afghanistan’s central bank has fled the country. The U.S. has cut off the central bank’s access to reserves held here and may end up taking other steps to isolate the Taliban from the international financing system.

The question is, how’s that going to work if other countries, particularly Russia and China, are still willing to deal with the Taliban?

When the Taliban were in power in the late ’90s, the U.S. imposed strict sanctions on financial dealings with them. And you still can’t trade with them or provide services.

“You can’t buy them a cup of coffee,” said Brian O’Toole, a former sanctions official at the Treasury Department who is now at the Atlantic Council. It’s not clear yet how strictly the Joe Biden administration will enforce those sanctions, he said.

“If the Taliban come in and are, quote-unquote, kind of reasonable upfront — they’re not stoning people in soccer stadiums right away kind of thing — you could see a scenario in which the U.S. is not as interested in enforcing sanctions,” O’Toole said.

If the Taliban are not reasonable, however, the U.S. could enforce the sanctions to the letter and apply them to anyone under U.S. jurisdiction. That could include banks that exchange currencies through the U.S. Federal Reserve system, O’Toole said.

Even with the threat of sanctions, China is interested in doing business with Afghanistan, per Warren Coats, a retired International Monetary Fund official who’s advised Afghanistan’s central bank for about 20 years.

“Ten, 15 years ago, when there were mineral development and extraction projects, the Chinese were quite interested,” he said.

Beijing and Moscow, on the other hand, could get creative and work outside of the international financial system, said Rachel Ziemba at the Center for a New American Security.

“There might well be a barter trade where China might provide goods and food and other items that were wanted by the Taliban in exchange for these items,” she said.

The Taliban have already been operating under the radar, Ziemba said, smuggling drugs across the border. It would be impossible for the U.S. to cut that off, she said.