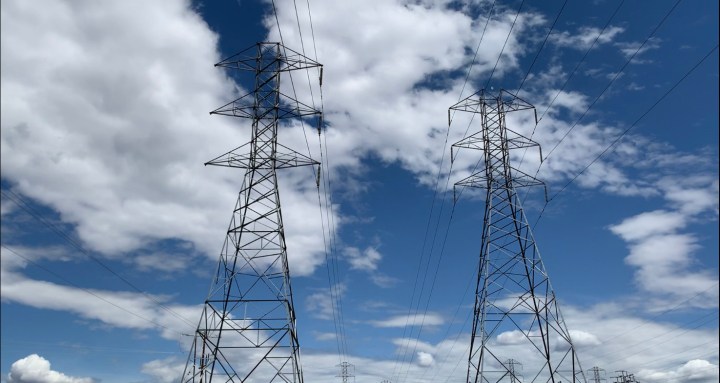 Update (July 23, 2021): Since this story was published, Lea Márquez Peterson, chairwoman of the Arizona Corporation Commission, has opened an investigation into mandatory or voluntary participation in regional power markets and the costs and impacts on Arizona.

California knows a thing or two about rolling blackouts, which made national headlines two decades ago during the Enron-fueled energy crisis. Last year, California experienced its first rolling blackouts since then, and the state came up with a solution that isn’t sitting too well with its neighbors.

Many factors were responsible for casting almost a million Californians into darkness over two evenings last August: climate change, poor planning and a heatwave among them. At the time, Governor Gavin Newsom made it known that he wasn’t happy about it.

“Let me just make this crystal clear. We failed to predict and plan these shortages and that’s simply unacceptable,” Newsom said at the time.

What wasn’t clear until much later was that California was exporting power in the middle of that heatwave. Officials later chalked that up to a software problem that’s since been fixed, according to California’s Independent System Operator (CAISO), which runs most of the state’s power grid.

“I think we got to a good place for this summer,” said CAISO President and Chief Executive Officer Elliot Mainzer, who is responsible for ensuring that California doesn’t have rolling blackouts again.

California is the biggest importer of power in the U.S. and it lets other states borrow its grid to transport power. Under pressure, Mainzer approached the Federal Energy Regulatory Commission and asked if California could hold onto power destined for another state, in a pinch. A few weeks ago, FERC said yes.

California hasn’t rerouted any power destined for other states — yet. But utility regulators in other states, including Arizona, are outraged.

“Last summer, we had more than 45 days that were incredibly hot. We’re expecting incredible temperatures this summer and next summer. So, in Arizona, that’s a life and death situation,” said Lea Márquez Peterson, chairwoman of the Arizona Corporation Commission, the state’s utility regulator. She thinks the change allows California to hijack power that Arizona had bought ahead of time and was counting on.

“Arizonans were looking for assurances that we wouldn’t have blackouts like California so we’ve pre-purchased this power, yet, in essence, [California] is taking it hostage as it’s crossing the borders on its transmission lines, and that’s not acceptable,” Márquez Peterson said.

While California has yet to withhold power traveling by way of its grid, Arizona’s utilities have begun thinking about how to manage when they do.

“Every hour of the year matters and that’s especially true in tight, extreme conditions,” said Justin Joiner, vice president of Resource Management at Arizona Public Service, the largest electric utility in the state.

“If that power is not dependable and allows another party to curtail it for its own needs, then from a planning perspective, I have to completely remove that from the equation,” he said.

Joiner says that means looking to other states besides California that might be able to share in the short term — and in the long term, possibly building more power plants on its home turf.