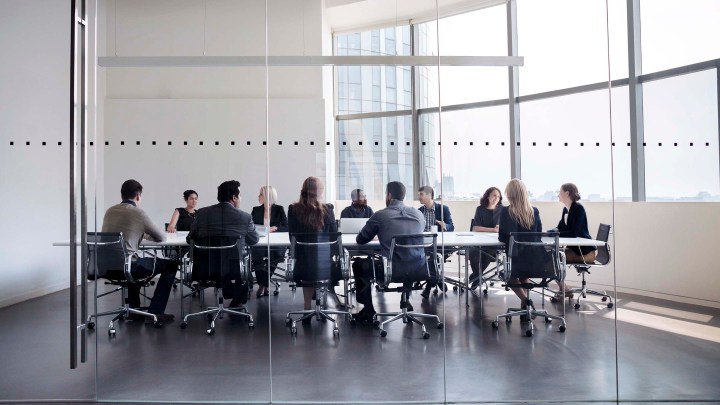 COPY
“We will be able to have more effective team meetings in a virtual and remote world than we did in a physical world," says author Keith Ferrazzi. FangXiaNuo/Getty Images
COVID-19

“We will be able to have more effective team meetings in a virtual and remote world than we did in a physical world," says author Keith Ferrazzi. FangXiaNuo/Getty Images
Listen Now

After more than a year of remote work, some employers have begun ushering employees back into the office and more plan to do so in the coming months — at times against the wishes of employees themselves, some who would rather quit than return to their desks.

But the rush to return to pre-pandemic ways of working is “wrong-headed,” according to Keith Ferrazzi, chairman and founder of consulting firm Ferrazzi Greenlight and author of “Never Eat Alone” and, more recently, “Leading Without Authority.”

In a new white paper, Ferrazzi says business leaders have a unique opportunity to revamp their collaboration processes by carrying hybrid and remote work tools into the post-pandemic era. He believes this can boost innovation and reduce inefficiencies.

“Decisions are being made to force individuals to march back into the workplace on the basis of poor assumptions — the assumption that we can’t be innovative in a remote and hybrid world. And the reality is we can actually do it better if we use the tools well,” he told “Marketplace Morning Report” host David Brancaccio.

David Brancaccio: You schlep in with a long commute, you pay for the expensive parking or you pay your subway fare, only to sit through a boring meeting that seems to have no point.

Keith Ferrazzi: Yeah, you sit through the same damn meeting that you would have sat in on a Zoom call — and neither of those two meetings are run effectively, or run well. One of the ways we’re wrongheaded is we assume that physical collaboration is the best form of collaboration. In reality, there’s three forms of collaboration: Number one is collaborating without meetings; we should start there. Then we use remote meetings for their best purpose, to get as many people involved in decision-making as possible. And then we move to the physical meeting, which should only be preserved for when we really need to go deeper than we would have been able to get otherwise emotionally. We’ve got to use meetings for the right purposes, and then we’ll have the right kind of hybrid work environment.

How to reduce meetings and make them count

Brancaccio: Fewer of these virtual meetings — that would be nice.

Ferrazzi: Yeah, the reduction of meetings is really critical. We’re finding ourselves frustrated and fatigued, and “Please, not one more meeting.” Well, we don’t actually have to have it. What we could actually do is, before meetings occur, put a document out there that says, “Here’s the problem we’re trying to solve. Here is the crunchiness that we think we’re going to face; some of the challenges we’re going to face. Here are the people that we think should be involved in solving this problem.” Get everybody’s input. Now, what’s probably happened, is you have served the role of the first two meetings in kicking something off. You can reduce the number of meetings, and be smarter about how to use those meetings when you actually have them.

Brancaccio: You talk about this “candor break.” I mean, we’ve all sat through meetings where the leader says, “Any questions?” That’s not what you’re talking about?

Ferrazzi: Breakout rooms are the superfood of courage, psychological safety and high-performing teams. [If you’re] sitting in a big room and ask the question, “What’s not being said right now that should be said?” What would you hear? Crickets. But if, instead, you pushed a button, everybody goes into breakout rooms of two, and in three minutes they’re supposed to tell each other what’s not being said, and then they come back into the main room, you have a fundamentally different conversation. We will be able to have more effective team meetings in a virtual and remote world than we did in a physical world.

How to maintain relationships through hybrid work

Brancaccio: But many of us miss running across someone in the hall or in the break room and exchanging ideas. It’s hard to nurture a work relationship when you never see anybody, or the chances for those interactions are so reduced, now.

Ferrazzi: I know, it’s absolutely true. So many of us are longing for that human connection again. But you’ve pointed out two very distinct types of interactions that we can engineer for in a remote basis. One of them is serendipity, and the other one is deeper relationships. Typically, in a work environment, we have relationships that are acquaintances, we have relationships that do small talk. And then, every once in a while, we slip into real talk; we slip into something that’s deep and purposeful, maybe sharing our struggles. This past year, we saw more senior executives and everybody in the company willing to share their vulnerability, open up, invite people in. Now that was powerful during 2020, but we’re starting to see it slip away. There’s a simple practice called a “sweet and sour” — you could start a meeting, or even host an entire meeting with your team or with the people that you work with, and just have everybody go around and say what’s going on in your life right now [that’s] sweet, and what’s going on your life right now [that’s] sour. Interestingly enough, that will actually get deeper with everybody on the team, everybody that you work with, than you would have if you’re waiting for serendipitous moments in a break room or in a walk in from the carpark.

The other thing you talked about was serendipity. Well, I’m seeing organizations really innovate around serendipity, where instead of just having a one-way, broadcast-out town hall like we used to have when we sit in an auditorium, we have a massive organizational meeting of thousands of people push a button. Everybody goes into breakout rooms, everybody touches base for five minutes about what they’re working on. Now you have groups of three, four or five, serendipitously running into each other in the virtual break room. These are things that we can engineer to. We just, when we’re remote, we have to be purposeful. And when we’re purposeful, we can be better than we were before we were remote.

Misconceptions about remote work and innovation

Brancaccio: What do you make of this, given all the work that you’ve been doing, talking to people? There are some powerful CEOs who think that we’ve been goofing off during pandemic and are hell-bent on getting us back into the physical workplace so that we can get some real work done. That’s not how you see this?

Ferrazzi: Well, first of all, I think there are a few of those, and those individuals are just wrong. Most people worked their butts off during the pandemic. The real concern that I have are those CEOs who feel that we need to get back into a physical environment in order to innovate. We actually studied data that said remote work was not as innovative as physical work. Unfortunately, they were looking at teams that were ineffectively using the tools, and therefore, yes, remote work wasn’t as effective. Decisions are being made to force individuals to march back into the workplace on the basis of poor assumptions — the assumption that we can’t be innovative in a remote and hybrid world. And the reality is we can actually do it better if we use the tools well. 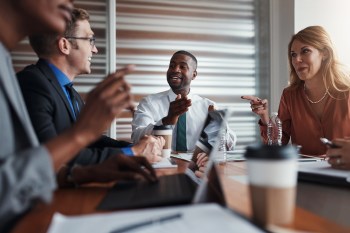