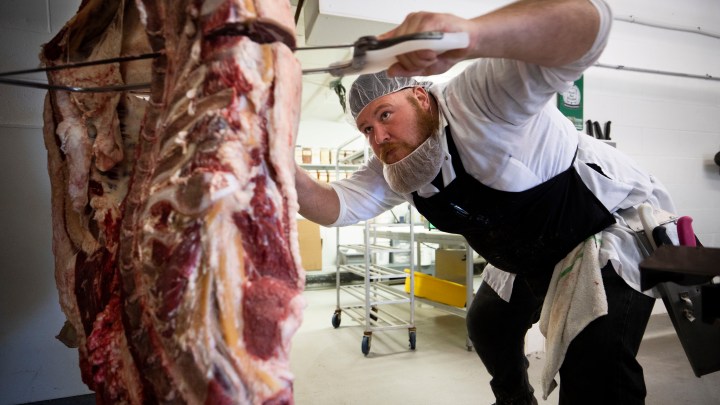 The Senate Agriculture Committee plans a hearing Wednesday on how meatpackers buy cattle and whether those practices raise the cost of some favorite barbecue meats.

Many in Washington are pushing for an overhaul of the $213 billion sector, and the Department of Agriculture has already announced changes to the rules governing how big meat processors pay farmers.

Retail meat prices have remained high since the pandemic started because of limited processing capacity and high demand.

That’s great news for the companies that dominate the meat-processing space, like JBS, Smithfield and Tyson. For farmers? Not so much.

“Farmers don’t usually complain about this kind of thing unless the numbers are on their side,” said Stephanie Mercier, with the Farm Journal Foundation.

Agriculture workers are starting to raise concerns about a consolidated meatpacking industry having too much leverage, Mercier said.

Options for producers are limited, according to Kitt Tovar Jensen, an agricultural lawyer at Iowa State University. And farmers have accused meatpacking companies of monopolistic practices for years.

The North American Meat Institute, which represents meatpackers, said in a statement that any new regulation would “limit producers’ ability to market their livestock the way they see fit and will lead to costly, specious lawsuits.”

But the USDA says it’s time to update the 100-year-old Packers and Stockyards Act, a law that Jeffrey Peterson, an agribusiness attorney in Minnesota, said has always been pretty vague.

“It prohibits packers and live poultry dealers from engaging in or using any unfair, unjustly discriminatory or deceptive practices, and also from making or giving any undue or unreasonable preference or advantage,” he said.

Proving that is often difficult and expensive for most farmers, Peterson added.