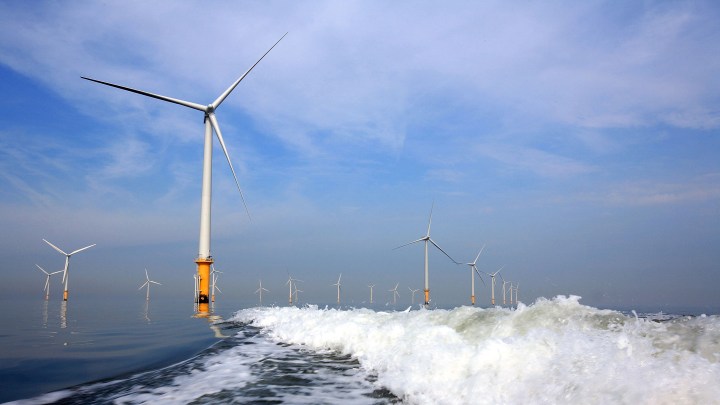 The Joe Biden administration said this week it will explore the potential of offshore wind energy development smack-dab in the middle of an oil-and-gas production hub: the Gulf of Mexico. The White House has called for up to 2,000 turbines in American waters by 2030, but getting them out there won’t be easy.

The first commercial-scale offshore wind project in the U.S., an almost $3 billion wind farm near Martha’s Vineyard, Massachusetts, was approved in March and will reportedly generate some 800 megawatts of electricity, enough to power about 400,000 homes. For perspective, the two existing offshore wind farms in the U.S, which are near Virginia and Rhode Island, together produce only 42 megawatts.

“It feels like it’s starting to arrive,” said Costa Samaras, associate professor of civil and environmental engineering at Carnegie Mellon University. “The Department of Energy estimated that the U.S. could install about 86,000 megawatts of offshore projects by 2050. We can go out and build the first two, three, four tranches of offshore wind, see how things are going, and come back to it and still have more to go back to.”

The federal government and states are also upping the ante, many offering tax incentives and subsidies to get these projects moving. But even when an energy company comes up with the cash to get started, it’s still got a lot of problems to solve.

There’s pushback from folks who argue that the giant structures will mess up their views. The Pentagon has warned that wind farms could interfere with tropical storm tracking, air surveillance and radar. Environmentalists worry about what turbines will do to biodiversity. Then there’s the fishing industry.

“There is sort of a fundamental disconnect between fisheries and offshore wind at the end of the day,” said Annie Hawkins, executive director of the Responsible Offshore Development Alliance. RODA includes hundreds of fishing groups and has a record of fighting offshore wind projects.

“They are competing for the same ocean space, so there is always going to be something of a spatial conflict, something of a question of displacement,” Hawkins said.

RODA is pushing for the federal government to spend money on more impact studies before issuing more permits.

But even after projects are OK’d, there’s another obstacle: getting those huge wind farms built.

“Any massive infrastructure project takes logistics, but, you know, offshore wind is a whole other level,” said Joshua Rhodes at the University of Texas at Austin. Building any wind farm is difficult, he said, but it’s a little less difficult when you do it on land.

“You can have areas where you can put down all of your [turbine] blades, you can put down your towers. You can have places for steel and other things like wire and all the stuff you’ll need,” he said. “They’re called laydown yards, and they’re even, you know, spelled out in contracts for leasing of land.”

When you try to build a wind farm on the water, it’s more complicated and expensive.

“It costs a lot more money to have a ship sitting there with a bunch of stuff on it, or moving stuff back and forth, than it is just a bit of land,” Rhodes said. “So I mean, it is more of a logistics challenge.”

The Jones Act requires that any ship that travels from a U.S. port to anywhere in the country, including its waters, must be made and registered in the U.S. And it also has to be owned and staffed by Americans.

On the positive side, the Jones Act could be a boon to the U.S. shipbuilding industry. Some energy companies have already commissioned half-a-billion-dollar ships being built in Brownsville, Texas, specifically to serve the offshore wind industry. Only problem is those vessels won’t be done for another couple of years.