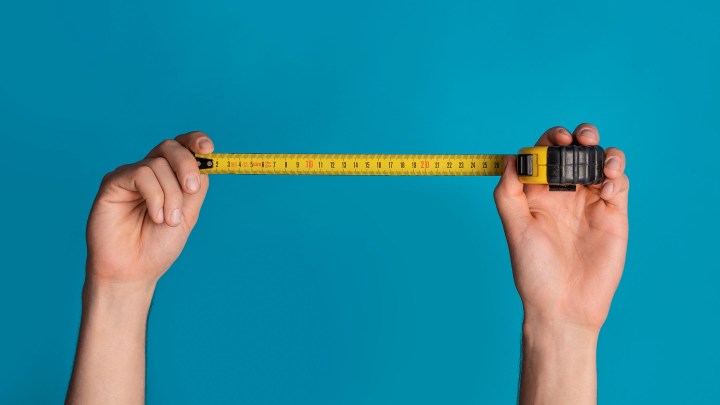 COPY
"There are promises and there's a flood of purposeful branding campaigns out there. What are we measuring against? What is the impact? What's the change in focus?" Elsie Maio asks. Prostock-Studio via Getty Images
Race and Economy

"There are promises and there's a flood of purposeful branding campaigns out there. What are we measuring against? What is the impact? What's the change in focus?" Elsie Maio asks. Prostock-Studio via Getty Images
Listen Now

In the wake of the murder of George Floyd, some of the largest corporations in the U.S. –– most notably those part of Business Roundtable –– made statements renewing commitments to advancing racial equity and justice.

It’s one thing to make such statements and it’s another to deliver on them and make progress. A new and more ethical capitalism requires new metrics that go beyond just dollar values, according to Elsie Maio, consultant and founder of SoulBranding.

“How can we look at the outcomes and effects of this newly revised purpose of capitalism on the tangible well-being of humans, of people, of our planet, of our communities?” Maio asked in a conversation with “Marketplace Morning Report” host David Brancaccio.

Below is an edited transcript of David Brancaccio’s interview with Maio on how we should be gauging companies’ environmental and social impact using new, “wet and warm” metrics.

David Brancaccio: All right, a new way to think about capitalism, but is there now a new phase after more than a year has passed?

Elsie Maio: Yeah, like, show me the metrics. We’re restating the purpose of the corporation. There are promises and there’s a flood of purposeful branding campaigns out there. What are we measuring against? What is the impact? What’s the change in focus? And how can we look at the outcomes and effects of this newly revised purpose of capitalism on the tangible well-being of humans, of people, of our planet, of our communities?

Brancaccio: So, Elsie, if a company comes to you and says, “All right, I want to do metrics. I want to start measuring this, so I can show all the stakeholders — not just my shareholders, but the community, and my employees, and show environmentalists our work on the earth, I mean, how do you start thinking about that? How does that fit into a spreadsheet?

Maio: The answer is that you put yourself with the stakeholder who you are attempting to create value for. And you, humbly and in a very humane, direct way, listen and ask them: “What would constitute well-being for you and your life?” First, let me give you an example of what it’s not, because Jamie Dimon [the chairman and CEO of JPMorgan Chase] did offer some new metrics.

Brancaccio: In the JPMorgan Chase letter to shareholders that the CEO wrote?

Maio: Yes. And he did offer new metrics. And the metric he proposes is to put a unit value on carbon intensity.

Brancaccio: Intensity — that’s like the amount of carbon dioxide put out in return for the work accomplished, might be an imperfect way to think about it. So that’s the metric that Jamie Dimon was suggesting. And it sounds fairly noble for people very focused on climate change.

Maio: Except the way he’s positioned it is not so that one might measure the ultimate effect on the balance of the atmosphere, of the stability of the atmosphere. But he explicitly says, so that we may facilitate ranking different clients for whether it’s investment worthiness, or credit worthiness, or relative to each other. You know, what’s been missing are these wet and warm metrics of well-being — the well-being of the living system. We’ve got plenty of metrics for extracting the value of a forest, and rivers, and wetlands, and that’s called ecosystem services. And that’s assigned a certain dollar value, services, and with actually no regard for what it is that the trees and the forests and the rivers are contributing to the stability of the entire climate, to the well-being of the people who get to enjoy them, to the ability to support oneself with agriculture.

Brancaccio: Now, I got to believe that a lot of companies would be uncomfortable with this kind of thinking, just not used to thinking of things this way. They like to put in the spreadsheet “market share” and, you know, maybe you can get them to put “carbon” into the spreadsheet, too. I mean, where do you find examples of companies that are starting to think this way?

Maio: Oh, well, there are companies that are actually doing it. And there are cases of them. One of them is pretty consistently celebrated for the past 25 years, called Triodos Bank, which is a bank that thinks of money as fertilizer; fertilizer for the community, a nutrient for employees and customers to express their commitment to a world of living systems, starting with themselves, their households and their local communities. And this model has been so successful, that it’s now being spread around the world.

Investors are flooding into this notion of ESG, environmental-, social-, and governance-sensitive companies. And the investment community has created very many products and funds that are called ESG-branded funds. Now, there’s just a lack of clarity about measuring, monitoring and tracking environmental risk and impact, social risk and impact and governance. And the Europeans have, since we’ve been studying this for 25 years, always been ahead of the curve in integrating consideration of system impacts into business, and so too today. They’re speaking the language of the Business Roundtable. And that will facilitate the Business Roundtable at least being able to measure its impacts on the environment and society.