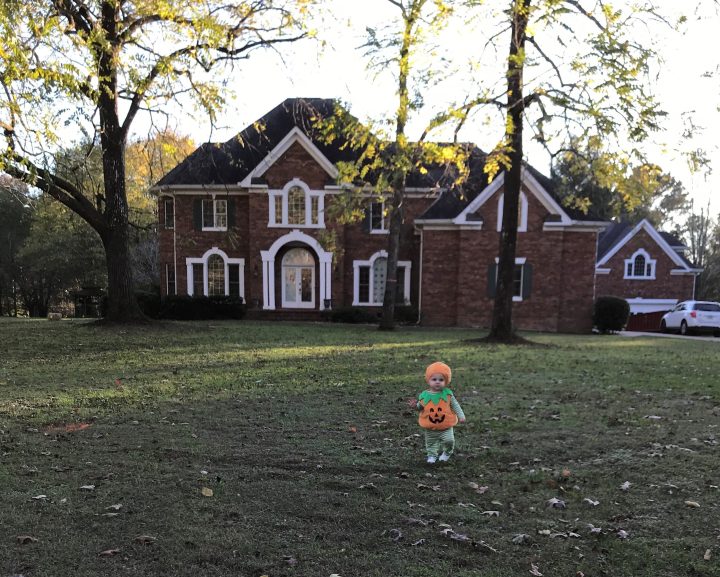 COPY
After his father’s death, Kell Harvey made the decision to purchase the home where he grew up. Above, Harvey’s son, Thomas Mark, in front of the family home. Photo courtesy Kell Harvey
Adventures in Housing

After his father’s death, Kell Harvey made the decision to purchase the home where he grew up. Above, Harvey’s son, Thomas Mark, in front of the family home. Photo courtesy Kell Harvey
Listen Now

“I never thought I would be in position to purchase it because that had always been my parents’ home,” Harvey said. “Once my father passed away, everything changed.”

Harvey said seeing his mother prepare to sell the house where he’d grown up changed the way he saw the property.

“The house was becoming empty,” he said. “That was when it really started to hit me was the realization of … it’s gonna go on the open market and it’s gonna sell and you are never gonna see it again.”

Despite the fact that the average American can expect to move close to a dozen times during their lifetime, many, like Harvey, stay close to home. A 2019 survey by North American Van Lines found that 72% of people over 25 live in or close to the city where they grew up.

For Harvey and his wife, purchasing the family home meant negotiating a real estate deal with his own mother.

The property where Harvey now lives with his wife and young son has been with his family for generations. He said his grandmother recently found documentation tracing their ownership back to the 1860s.

“My kids will grow up being the seventh generation to be a part of this property,” he said. “I have the memories as a son, and now I’m making memories as a father with my son. If there comes a point in the future where he wants to own it or he wants to buy it, I would not at all want to put that expectation on him … I guess we’ll just cross that bridge whenever we get there.”