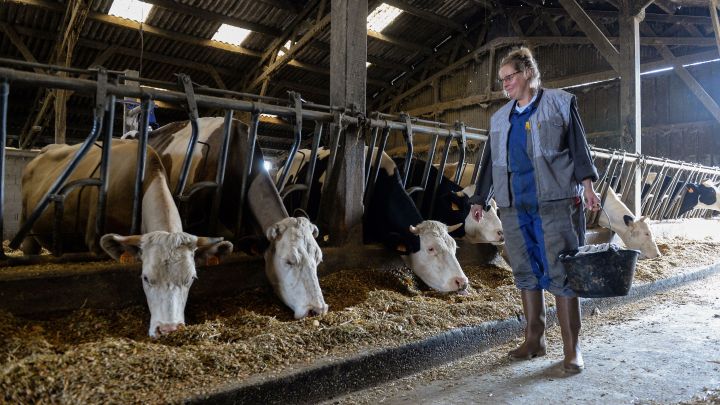 COPY
A new law protects France's "sensorial heritage" — its smells and sounds, including those that have provoked lawsuits by annoyed rural residents. Jean-Francois Monier/AFP via Getty Images

A new law protects France's "sensorial heritage" — its smells and sounds, including those that have provoked lawsuits by annoyed rural residents. Jean-Francois Monier/AFP via Getty Images
Listen Now

France has passed a law to protect the sounds and smells of the countryside as part of French heritage. This comes after many people moved from cities to rural parts of the nation, and many of them filed lawsuits involving everything from noisy roosters to smelly cows.

Jean-Baptiste Meillier lives in rural central France and has 200 dairy cows. That’s an activity he said some of his neighbors aren’t happy about.

“We get complaints about the smell of manure and the sound of animals who express themselves. Two miles away, a farmer wanted to start an organic cattle farm, but local inhabitants banded together to stop him because of the smells and the sounds,” he said, speaking in French.

The member of Parliament behind the new law, Pierre Morel-À-L’Huissier, said France was a pioneer in the legal protection of natural and architectural heritage. But sounds and smells — France’s “sensorial heritage,” the law calls it — need protecting too.

“Our countryside has its own sounds — tractors, cowbells and church bells, seagulls and cicadas — and its own smells such as liquid manure or grape must. Now officials are drawing up an inventory of sounds and smells that deserve protection. So when someone complains, judges can refer to it and say, ‘No, this sound or smell belongs here,’” he said, speaking in French.

But Englishman Geoff Livingstone, who’s lived in French farm country for a decade, said he’s worried about the new law. “Our next-door neighbor is a farmer, and, yeah, he likes starting his tractor at 5 o’clock in the morning and leaving it running for half an hour to warm it up, I guess. It is frustrating. Just as frustrating as living near a busy road with motor vehicles on which laws are typically put in place to reduce,” he said.

The new law will protect the smells and sounds of the countryside, but, overall, the government says agriculture is in decline, with farmland disappearing at a rate of almost 150,000 acres a year.