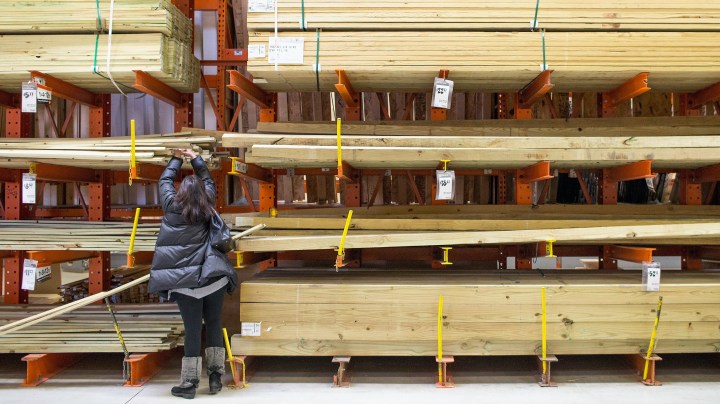 COPY
Lumber prices had risen for a while before the pandemic spurred a renovation trend and boosted prices further. Scott Olson/Getty Images

Lumber prices had risen for a while before the pandemic spurred a renovation trend and boosted prices further. Scott Olson/Getty Images
Listen Now

Later this week, we’re going to get an update on sales of existing and new homes.

Demand has been off the charts. You may remember that last week, new home starts reached a 15-year high.

This is happening despite the fact that the price of a key homebuilding material — lumber — is going through the roof.

It now costs four times what it did a year ago.

Here’s why. It is true, a lot of people who’ve been stuck at home decided to fix their homes up.

“We’ve been swamped in the last two, three, four weeks,” said Nancy Kieffer, who runs Moyer’s Sawmill, a couple of hours outside Philadelphia. It’s just four people. They normally cut wood for barns and sheds. Now, contractors are asking for wood to use in homes.

The whole lumber supply chain wasn’t quite ready for the demand.

“We’re very scarred from what we went through in the Great Recession,” said Stinson Dean, CEO of wholesaler Deacon Lumber.

It took a long time for people all through the supply chain to believe demand was actually going to come back, let alone come back with a vengeance.

“So inventory stayed lean, production schedules stayed lean. You buy exactly what you need for that day, that week, and you do not buy extra,” Dean said.

But even without a pandemic, lumber prices were headed up.

“All COVID did was throw up a smokescreen,” said John Duncanson, the timber analyst at Corton Capital.

He said the average age of U.S. homes is approaching 45, so demand for wood for repairs and remodels has been building way longer than the pandemic has been around. And natural disasters have cut supply.

“In Canada, in particular western Canada, British Columbia, the forests up there have been faced with infestations of mountain pine beetle. Basically killed every third tree,” Duncanson said.

All this put together means Duncanson doesn’t think lumber prices are going to go back to normal. Not anytime soon. 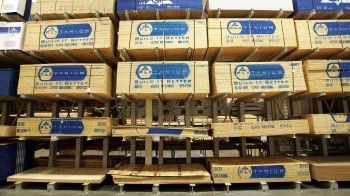