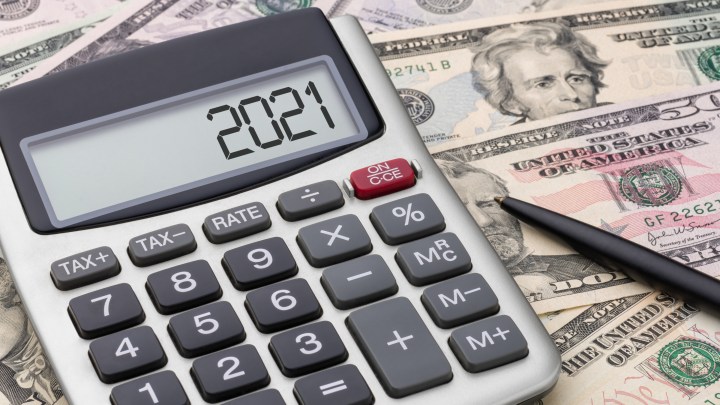 How We Shop: Losing a job

COPY
Cecilia Linton used to make enough money that when her kids wanted something, she could say yes, easily. Getting laid off at the beginning of the pandemic has changed her whole family's relationship with money. Zerbor/Getty Images
How We Shop

How We Shop: Losing a job

Cecilia Linton used to make enough money that when her kids wanted something, she could say yes, easily. Getting laid off at the beginning of the pandemic has changed her whole family's relationship with money. Zerbor/Getty Images
Listen Now

Let’s talk about your purchasing decisions. Maybe you pinch pennies or you’re an emotional shopper. Maybe you’ve gone on a shopping fast. What we buy — and how we buy it — often says something about who we are and what we’re going through. The latest installment of our series, How We Shop, is about a woman in Texas whose family has had to shop very differently since she lost her job during the pandemic.

When that big winter storm hit Texas last month, Cecilia Linton and her family couldn’t leave their neighborhood in Wimberley, a small city of about 3,000 near Austin, for four days. The power switched on and off. And as they sat there, in the dark, “I was thinking to myself, this could be a good thing,” Linton said. “Because we can’t leave the house — and so we can’t spend any money.”

Then it occurred to her: the electric bill. It could be astronomical, because of the surge in demand. She rushed online and canceled their automatic payment.

“We couldn’t have them try to auto withdraw thousands of dollars,” Linton said.

A year ago, Linton and her family were doing well financially. She made $180,000 a year in her marketing job at a law firm. Her husband, Michael, was a stay-at-home dad to their twin boys, now 16, and their daughter, who’s a freshman in college.

“I was just like, ‘okay, so was it me’?” she said. “And they’re like ‘you know, just this is the decision of the executive committee.’ And I was like, ‘all right, well, there you go. That’s that.’”

She remembers breaking the news to her mom.

It was much harder than she thought. No one was hiring.

“You can’t help but have a hit to your self esteem,” Linton said.

Eventually, she cobbled together some consulting work and Michael got a $15-an-hour job as a janitor at the local junior high school. Together, they make about $60,000, a third of her old salary.

Linton used to make enough money that when her kids wanted something, like a new Playstation, she could say yes, easily.

“And instead, you’re now like the gatekeeper to the money,” she said.

They couldn’t keep living the same way. They were spending more than they made and burning through their savings. She wasn’t sure where the money was going.

So she made a spreadsheet of everything her family spends money on, broken into categories like groceries, auto, and miscellaneous, because “I don’t know what exactly to call it, when you buy plain Scotch tape at Ace Hardware,” she said.

What she found made her head spin.

$171 a month on DirecTV. $800 on groceries. $300 at restaurants. And so many subscriptions: Disney+, Hulu, Netflix, YouTube Premium, Audible, Spotify and Apple Music. Even a $7.99 subscription for the video game Minecraft, which her boys must have asked for.

“Part of me wants to slap myself for the amount of money we had been wasting before this all happened,” she said.

The Lintons made cuts. They canceled some subscriptions, basically stopped getting takeout, switched to cheaper car insurance.

And they started jumping on sales.

The other morning, when she and Michael sat down over coffee, “He let me know that I needed to go to the store because there was a sale on pork that he thinks will change over tomorrow. And did we have enough money for that?” she said. “These are the things that we have to discuss these days.”

It brings her back, in a way, to her childhood. Her parents were often just scraping by.

“As a kid, you don’t realize, like, why are we having spaghetti again? And why are we having only rice and beans for dinner?” she said. “As you get older, you realize some of the things that they were doing so that we could make ends meet till the end of the month.”

These days, her mom is doing a lot better financially and has been slipping her 20 bucks here and there for gas or dinner. It makes her feel like a teenager, she said.

Meanwhile, her own teenagers are learning the value of money. Her sons, who are 16 now, have been picking up odd jobs: mowing lawns, cutting firewood.

“We’re at that point where if they didn’t learn it soon, they were never gonna realize that you should know where all of your money is going, and you gotta make some sacrifices to get the stuff you want,” she said.

Linton says there are other blessings in this situation. She no longer has to commute an hour each way to work, and she has her own consulting business that she hopes will grow.

Would she like to make six figures again? Yes. At the very least, she’d like to go a few days without looking at her spreadsheet.

Has the way you shop changed during the pandemic? Tell us your story.