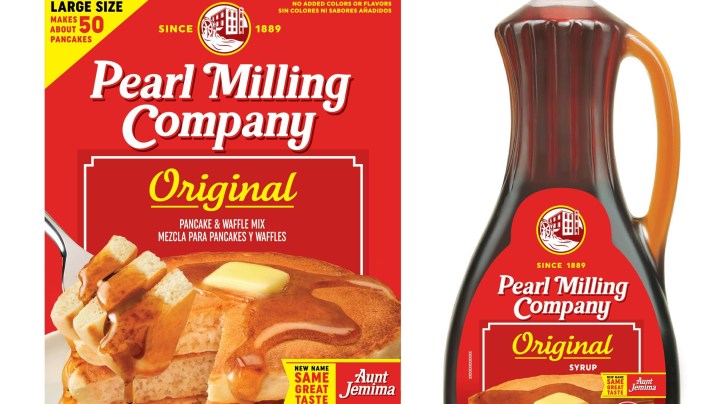 As part of a broader reappraisal of brands long criticized for their demeaning or racist roots, there’s now a new name for what had been Aunt Jemima pancake mix. It’ll be called Pearl Milling Company.

The Aunt Jemima brand got its name from a character in racist minstrel shows of the 19th century. The name survived through more than 100 years of change.

But following the Black Lives Matter protests last summer, the brand’s owner, Quaker Oats, which itself is owned by PepsiCo, said it would get rid of the label.

Now, Aunt Jemima pancakes and syrups will be sold under the name Pearl Milling Company, a nod to the original manufacturer of the pancake mix.

Other brands are making similar changes.