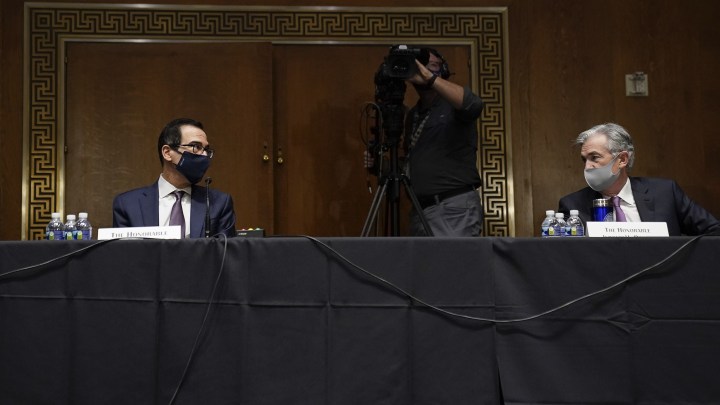 Marketplace’s Nancy Marshall-Genzer has been looking at what this means for companies selling corporate bonds to the Fed. The following is an edited transcript of her conversation with “Marketplace Morning Report” host David Brancaccio.

David Brancaccio: Nancy, we know this Fed lending served as an almost psychological backstop for credit markets. What might happen if some backstops go away?

Nancy Marshall-Genzer: The Fed was buying corporate bonds directly from companies. After that goes away, businesses will probably have to pay more to get investors to buy their corporate bonds, and this includes firms that were hit hard by the pandemic, which private investors might be avoiding. Companies like airlines, but also the service sector — restaurants and hotels.

Brancaccio: So, what happens if those firms can’t sell bonds to the central bank anymore?

Marshall-Genzer: They’ll have to rely more on private investors. I asked Matthew Mish about this. He’s head of credit strategy at UBS. He says average companies could end up paying investors buying their bonds about half a percentage point more in interest. That’s not such a big deal. But Mish says those companies that are really hurt by the pandemic could end up paying more than that.

Matthew Mish: In certain cases it may be enough to put companies at least in a position, not necessarily of financial distress, but it certainly has real world effects if that company has financing costs go up more than a half point.

Marshall-Genzer: Mish says some of these companies might have to pay investors 8% to 10% to buy their bonds, a full percentage point more than they were paying.

Brancaccio: And what’s that do to their bottom lines?