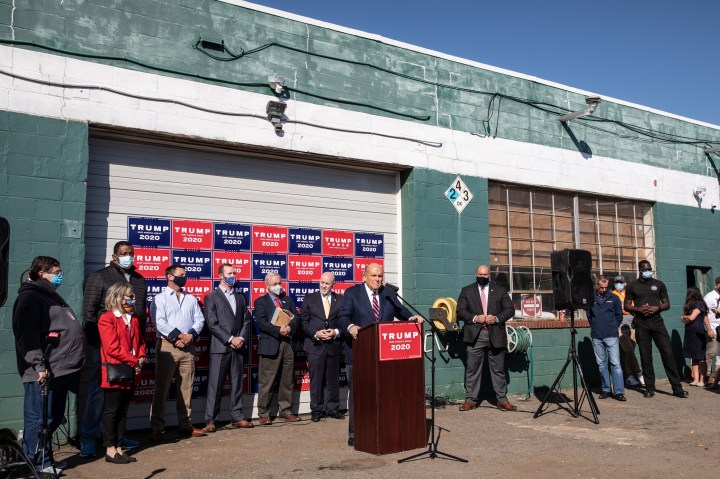 President Donald Trump’s legal team decided to host their Saturday press conference right outside the Four Seasons — not the luxury hotel resort, but a small business based in Philadelphia.

The conference at Four Seasons Total Landscaping  — which lies near an adult bookstore and a cremation center — set off a wave of jokes and memes online deriding the choice of venue.

Even Trump seemed confused on Saturday morning, first tweeting that it would be at the “Four Seasons, Philadelphia,” before later noting the full name.

Turns out the venue choice was intentional, with The New York Times reporting that Trump misunderstood the location of the conference that his team told him and had assumed it would be at the upscale hotel.

Despite the mockery — which seems more directed at the Trump campaign for choosing the venue than the venue itself  — FSTL is capitalizing on the attention. The Philadelphia business did what businesses do when they find themselves becoming a viral sensation: promote merchandise on their website.

Over the weekend, the landscaping company set up a section with $50 hoodies, $25 T-shirts and stickers that say “Make America Rake Again” and “Lawn and Order!”

The family-owned business has been operating since 1992, and has provided services to clients like the Philadelphia International Airport.

The company defended its decision to host Trump’s team, stating that it “would have proudly hosted any presidential candidate’s campaign at our business.”

Positive comments have flooded the Facebook page, with users mentioning how glad they are to be supporting small businesses and suggesting future products they want to see from the company, like mugs and keychains.

FSTL noted on its Facebook page that it is indeed working on offering more merchandise options.

“We are using the same small Philly business that has always printed our shirts and coordinating this has taken some time,” FSTL stated.

Lorynn Divita, associate professor of apparel merchandising at Baylor University, said that the business has benefited from the sheer authenticity and absurdity of how the event transpired, “unlike a contrived media stunt where a brand or company attempts to orchestrate buzz.”

“Genuineness is in such short supply nowadays in terms of marketing and branding,” added Divita, who’s the author of the book “Fashion Forecasting.”

While we don’t know how much the Four Seasons is spending to make these items, Divita said the standard pricing method in the retail industry for a product, or what’s known as the keystone markup, is to double the wholesale cost. That means you’d be making 50% profit off an item.

Kerri Kleiner, who owns a company called Quench Promo (and has worked with Marketplace on marketing campaigns), said that the wholesale price of a T-shirt can run the gamut and depends on factors like the type of materials and production techniques being used.

But for $25, Kleiner said it looks like the Four Seasons is probably making a “pretty penny” off its shirts.

The attention might not be on them for much longer, though.

“At the rate our news cycle is currently going on, they’ll need to strike while the iron is hot,” Divita said.

The Four Seasons has been savvy on social media, and is trying to keep the momentum going, recently posting a photo of its back parking lot and captioning it: “The Zoom virtual background of the people!”

FSTL joins a series of companies, campaigns and entrepreneurs that have turned viral moments into an opportunity to rake in sales.

The Biden campaign similarly mobilized in record speed after a fly landed on Vice President Mike Pence’s head during one of the debates, and sold fly swatters with the line “Truth Over Flies.” Kylie Jenner began selling “Rise and Shine” hoodies after a video went viral of her singing this musical catchphrase to her daughter. And Minnesota Public Radio created a line of raccoon-related merch after MPR staff documented a raccoon scaling a St. Paul building. (Full disclosure: Marketplace is a division of MPR.)

Divita said that nowadays, businesses can create merchandise more quickly and more conveniently than ever before.

“They’re able to respond immediately to moments like this in a way that just wasn’t possible due to logistics even 10, 15 years ago,” she said. 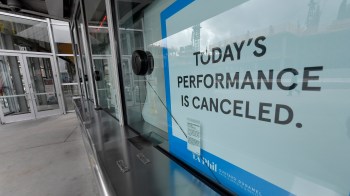 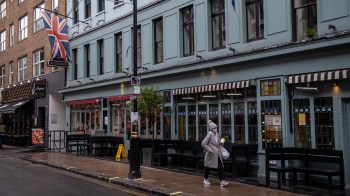