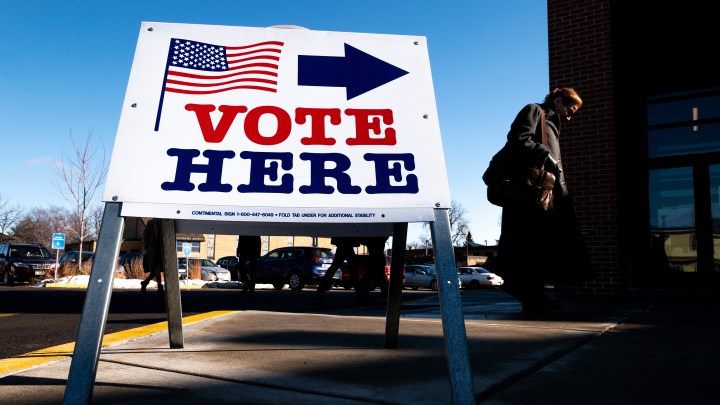 COPY
One swing voter researcher said "these voters may not be motivated to vote at all in the 2020 election." Stephen Maturen/Getty Images
Elections 2020

One swing voter researcher said "these voters may not be motivated to vote at all in the 2020 election." Stephen Maturen/Getty Images
Listen Now

Election Day is just over a month away, although many votes are already being cast. That means it’s crunch time for campaigns and the many other groups that are spending money to sway voters as they face tough decisions on where and how to spend the hundreds of millions of dollars they have on hand.

Usually, that means spending time and money trying to reach undecided voters. But many political strategists are arguing this year that focusing on those voters has a pretty limited return on investment.

“I know the world likes to believe this myth that we have the swing voters who jump from Democrat to Republican,” said W. Mondale Robinson, who runs the Black Male Voter Project, “but that that sliver of the election is so small, it is not worth wasting money on. Voters vote the way they always voted, and they will continue to.”

When it comes to the presidential election, only about 5% of voters are still undecided at this point, according to Ashley Kirzinger, who has been researching swing voters for the Kaiser Family Foundation.

But of those, “very few of them actually say that there’s a chance that they would vote for the other party’s candidate,” said Kirzinger. “More realistically, it’s that these voters may not be motivated to vote at all in the 2020 election.”

Suppressing the voter turnout isn’t just a tactic for those trying to influence the election from outside the country, said Mark Mullen, founder of the nonpartisan group Turnout Nation. He’s increasingly seeing it as a strategy on which domestic campaigns are willing to spend their resources.

“There is a tactic that is being used increasingly, particularly through social media, of discouraging your opponent’s supporters from voting,” said Mullen. “So you’re not trying to convince them to vote for you, but you’re trying to convince supporters of the other people just not to turn out.”

Even if voters are already entrenched in their positions on the presidential race, there are other races that matter on ballots this year. Jonathan Bydlak at the R Street Institute points to congressional, state and local races where many voters still might not know who some of the candidates are.

“If we’re talking about the presidential specifically, it is true that there are fewer undecided [voters],” said Bydlack, but “in the context of a congressional election … you may not have that same level of name recognition.”

And there is still plenty of time (and money) to spend blanketing social media, television, and everywhere else with ads to get the names of hopeful candidates in front of the few voters who are yet to make up their minds.