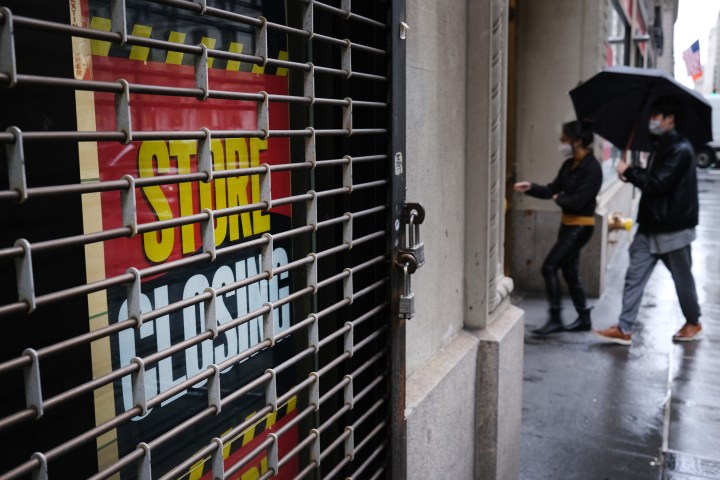 Way back in March, we assembled a group of people who study economic history so that we could ask what the Great Depression can teach us about today’s economic crisis and what we should keep an eye on as the pandemic continues.

When we last spoke with them in May, Eric Hilt, a professor of economic history at Wellesley College, said the economic crisis was shaping up to be worse than he had initially expected.

Carola Frydman, a professor of finance at Northwestern University who studies financial history, and Kathleen Day, a lecturer at Johns Hopkins’ Carey Business School who specializes in financial crises, both said it was hard to tell where the economy was headed with so much uncertainty about the trajectory of the virus.

So now, more than six months after the Trump administration declared a public health emergency in the United States due to the coronavirus outbreak, we got them back on the program to ask how they’re feeling about the economy now.

“I’m growing increasingly pessimistic,” said Hilt. “I’m not feeling good about it at all,” said Day. “Not that much has changed since the last time we talked,” said Frydman. There’s “still a big question mark and a lot of uncertainty.”

But even in uncertain times, there are some markers we can use to keep track of what’s going on. First up? The unemployment rate.

At 10.2%, the unemployment rate last month remained near the worst levels reached during and shortly after the Great Recession.

Last month, the number of unemployed people who have lost their jobs permanently reached 2.9 million.

“And the longer this lasts, the more permanent unemployment will be for some, and the harder it’s going to be to resolve this,” said Frydman.

Also, U.S. commercial bankruptcies are on track to hit a 10-year high, according to S&P Global Market Intelligence. In the past few months, there’ve been several big-name corporate bankruptcies, including J.Crew, J.C. Penney and Lord & Taylor, as well as a slew of energy companies.

“Some of this is a shakeout of companies that might not have made it anyway,” said Day. “But we’re definitely seeing that happen faster.”

Also and related, consumer confidence is down. “That’s a big problem,” said Day. “People are saying, well, maybe I haven’t been laid off … but I better save for a rainy day.”

Spending by or on behalf of consumers accounts for nearly 70% of economic activity. “And when they stop consuming, the economy decelerates,” said Frydman.

There isn’t a perfect historical reference point for the crisis we’re in right now, but Frydman said one lesson from the Spanish flu pandemic of 1918-19 is the importance of government spending in mitigating economic damage. “In that case, it happened because of the war effort, and right now it’s happening through various federal programs,” she said.

But with the $1,200 relief checks, the extra $600 a week in unemployment benefits and the Paycheck Protection Program all behind us until another relief package gets through Congress, consumers are going to have less money in their pockets.

“That’s going to have economic consequences that may ripple throughout the economy,” said Hilt. “I think we all have our hopes on an excellent medical solution to the crisis,” said Frydman. “But that doesn’t mean that the economy will recover immediately thereafter.”