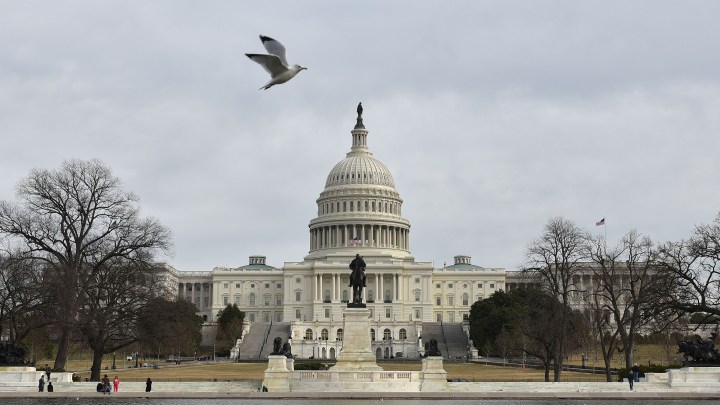 Are higher-income people protecting their bounty by pushing for self-serving regulation? Steven Teles, a political science professor at the Johns Hopkins University and a senior fellow at the Niskanen Center, says that’s the case.

“More and more of the occupations of the relatively wealthy are subject to various forms of protection,” Teles told “Marketplace Morning Report” host David Brancaccio. “And they all depend on the relative access of the advantage in the wealthy to government actors who can provide them that protection from competition.”

Teles is co-author with Brink Lindsey of a book called “The Captured Economy: How the Powerful Enrich Themselves, Slow Down Growth, and Increase Inequality.”

There is a lot of money in lobbying by existing players to keep the rules as they are. Teles reimagines a world where members of Congress and state legislators get a much bigger subsidy to hire more experienced staff that can arm themselves with the data to stop industry from bulldozing efforts to unwind self-serving rules.

The following is an edited transcript of Teles’ conversation with host David Brancaccio.

David Brancaccio: You write about crony capitalism. So when you’re powerful, you hire lobbyists and, what, you make regulation in your own interests?

Steven Teles: So over the last 40 or 50 years, one thing we’ve seen is a systematic increase in competition in the low and sort of working-class labor market, as we’ve seen a decline in union density. So more and more of those workers are competing with workers across the world and across the country.

But more and more of the occupations of the relatively wealthy are subject to various forms of protection. And they all depend on the relative access of the advantage in the wealthy to government actors who can provide them that protection from competition.

Brancaccio: And you think this actually makes inequality worse?

Teles: Yeah, I mean, you actually look at who’s in the 1%. There’s a really disproportionate representation of people who are in fields that are characterized by various forms of industry-specific regulation, whether it’s at the very top — finance and intellectual property. You go down to things like auto dealers. It would be very easy for the car companies to basically just go and sell all their cars directly. But there’s thousands and thousands of car dealers out there who are having very nice incomes as a result of state law.

Brancaccio: Now, one of your proposed remedies to some of this stuff: Arm legislators with bigger research staffs, so they’ve got the data when people want to come and rig the system.

Teles: Yeah, and when we talk about money in politics, actually, elections are a magic pony fantasy world of equality compared to the world of lobbying where there’s really massive inequality. And the consequence of that is most of what lobbyists do is provide information, right? Most of their influence comes because legislators, at least in the United States, are systematically lacking in expertise. Most congressional staffs are run by relatively young people who, by the time they figured things out, have cycled off into the lobbyists’ offices. And what that means is members of Congress are highly dependent on outside sources of information. And, in general, they’re going to try to convince those legislators that any really big transformational changes are going to have all kinds of unintended consequences, so they’re better off doing something much more marginal. And if that’s the problem, if that’s where the really big influence of money comes from, then it makes sense to try and solve the problem, at least partially, by providing legislators more internal capacity, and therefore can push back against the relatively biased information they get from outside sources.