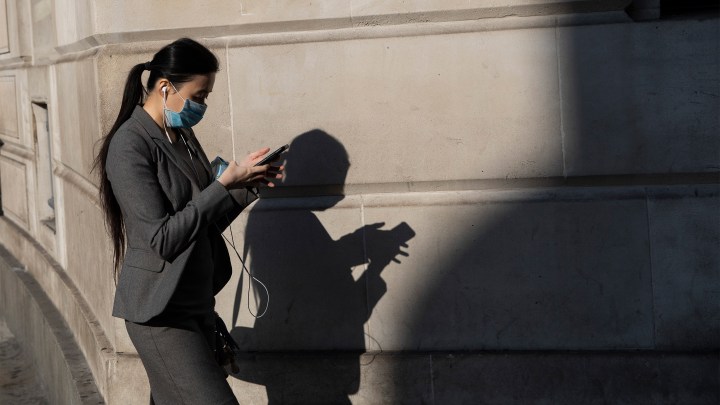 A couple of more retailers declared bankruptcy over the weekend: Tailored Brands, which owns Men’s Wearhouse and Jos. A. Bank, and the department store chain Lord & Taylor.

They join a list of COVID-era retail bankruptcies that already included Neiman Marcus, J.Crew, Brooks Brothers and the parent company of Ann Taylor and Loft.

These companies had problems before the virus. But now, they’re up against the way the virus is changing how we dress. Suits? Office-appropriate dresses? Not a lot of need for those right now.

Amanda Rich is starting to feel bad for her shoes.

“I’m actually sitting looking at them, and I’m seeing like my leopard print ballet flats and this really cute pair of sandals that I bought last year,” she said. “I haven’t really worn them.”

She lives about 30 miles east of Seattle and works in communications.

“I think they’re thinking, you know, because they don’t know, right?… Did we do something wrong?” Rich said.

She used to wear business attire — a blazer or a dress with fancy shoes — to the office every day.

“I have not put on a dress since March,” she said.

There are many lonely dresses and blazers and suits hanging expectantly in closets across America right now. And a lot of them came from retailers that have filed for bankruptcy during the pandemic.

Many of those retailers started the lockdown with a lot of debt. Meanwhile, COVID-19 accelerated a trend that was already underway.

“We’ve seen the casualization of the office, of workwear, for several years now,” said Tiffany Hogan, a retail analyst at Kantar. “Dress-down Friday is not just jeans anymore. It’s even more casual than that.”

Since working from home is the new normal until who knows when, could these retailers maybe change things up? Start selling more casual clothing?

A retailer would have to buy different materials, find new suppliers and designers.

“And that takes time,” Londrigan said.

Which we seem to have a lot of. Google, for instance, has told its workers they’re not going back to the office until at least July 2021.