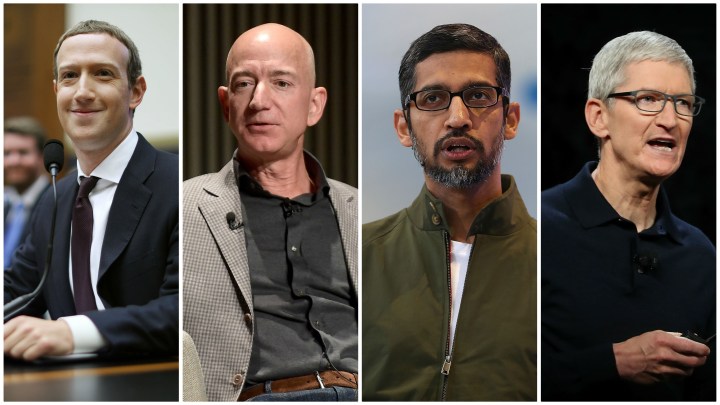 Specifically, they are going before the House’s Subcommittee on Antitrust, Commercial, and Administrative Law, and the issue here boils down to power. How did these companies get it? Did they do so legally, or did they break rules? Finally, do they have too much power?

Erik Gordon, professor at the University of Michigan’s Ross School of Business, spoke with host Sabri Ben-Achour. The following is an edited transcript of their conversation.

Sabri Ben-Achour: So can you explain why this hearing is happening? And, specifically, why this question of how these companies became so powerful and whether they did so legally is an issue right now?

Erik Gordon: The hearing is happening because members of Congress think that these companies are really powerful, and that they’re abusing their power, and that Congress should look into it and maybe pass some new laws. The question you brought up is the key question. Under current antitrust law, it’s perfectly OK to be big and to be powerful, and, in fact, to be a monopoly, as long as you got big and powerful by lawful means, as long as you didn’t do anything illegal. The government can’t break you up, under current law, just for being big.

Ben-Achour: So what’s an example of how, say, Google or Facebook or whichever might have accumulated power illegally?

Ben-Achour: Do you think anything significant will come out of these hearings? Or are they sort of theatrical?

Gordon: I have a sense that in an election year, we’re going to see some theater. It’s an opportunity for politicians to control the questions. They get to put together some nice sound bites for their campaign. This isn’t the first round of hearings we had, and in the other hearings, where there were some beat-ups of Zuckerberg and other tech people, oh, a few bills were introduced in Congress. They didn’t go anywhere. Nothing much happened.