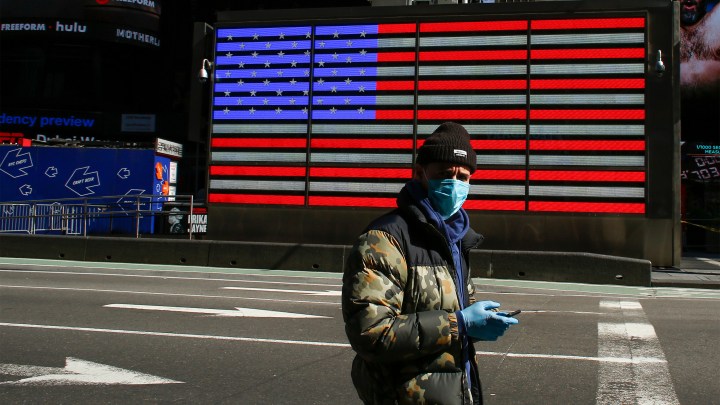 The National Bureau of Economic Research announced Monday that the U.S. entered into a recession in February. But why do we need a committee to tell us that, and why in particular that committee?

“The definition of ‘recession’ is kind of qualitative,” said Ben Herzon, an executive director at IHS Markit. There are a bunch of criteria for recession — sustained economic contraction spread across the economy for more than a few months. This time, with the pandemic, it was pretty obvious. But sometimes it’s really not.

So who should make that judgement call? The government could.

“But if you just think for a minute about the conflict of interest that poses, that just doesn’t seem like a very good choice,” said James Stock, professor of political economy at Harvard University.

So why not have the folks who pretty much came up with the idea of studying business cycles in the first place do it? That would be the National Bureau of Economic Research, founded 100 years ago.

“That research program back in the ’20s and ’30s established the concepts of recessions and expansions and business cycles,” Stock said.

It’s June now, and it might seem like the council took its sweet time to announce a recession that started in February. But that’s quick for the NBER.

“Clearly saying that a recession started a year ago, which is what they did with the 2008 recession, is not super useful from a policy perspective,” said Jeremy Piger, a professor of economics at the University of Oregon. The Federal Reserve is not going to wait months to stimulate the economy.

But the recession announcement does provide a record for people who study how the economy works.

“You could think of that as being useful for everywhere from a high school textbook all the way up to cutting-edge economic research,” Piger said.

You might not need a doctor to tell you you’re sick, but you sure would like to figure out what you had.