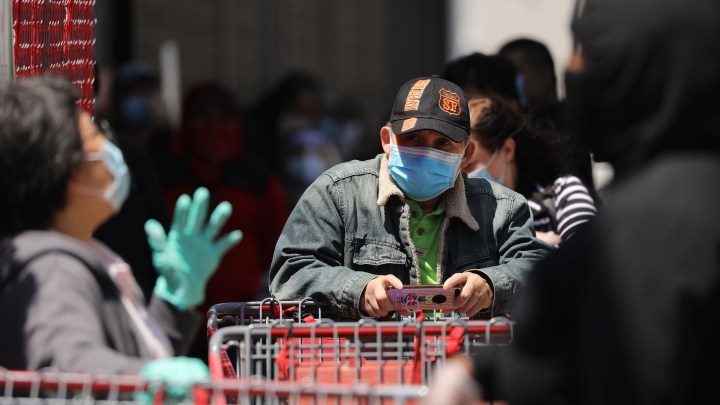 Costco has been open throughout the COVID-19 pandemic, but it’s not what it used to be. There are social distancing lines out in front of stores, masks are mandatory and some merchandise is not available. This week, the retailer releases its first quarter results and outlines how it sees the road ahead.

You’d think people stocking up on household goods would be great for Costco. And it was, initially. But, in April, the company’s sales dropped for the first time since 2009.

Tim Campbell, director of retail insights at Kantar Consulting, said Costco has been hit harder than other retailers by social-distancing policies.

“If you just walk into a Costco, say, versus walking into a Sam’s Club on a normal day, pre-COVID, you would see that the Costco locations tend to be significantly busier,” Campbell said.

He said if Costco has to curb traffic, that might affect its revenue more than some other retailers. At the same time, Costco’s e-commerce sales rose 90% in April.

Phil Lempert, who runs Supermarket Guru said the temptation for Costco might be to ramp up its delivery options as more people shift to contactless shopping.

He said the company will have to invest in a more robust online interface if it wants to better compete with Amazon and even Walmart, though.