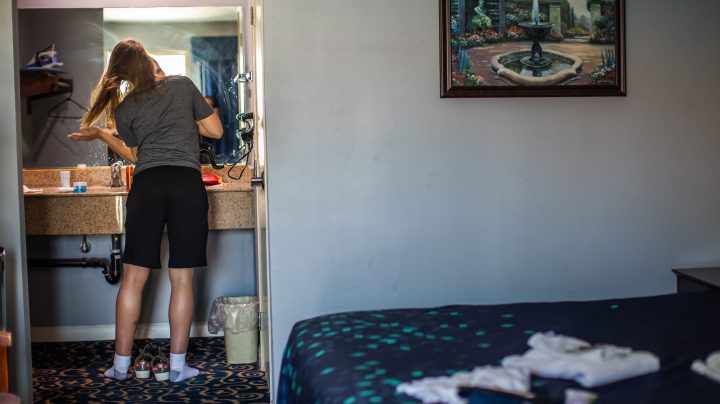 A California initiative called Project Roomkey planned to rent 15,000 hotel rooms to house homeless residents during the COVID-19 pandemic. New state records show that nearly half of the rooms are still empty since the project launched in early April.

Kara Carnahan is the director of programs for Abode Services, a nonprofit agency that works to provide housing for the homeless in the San Francisco Bay Area. The agency has placed nearly 400 people in hotel shelters since the COVID-19 crisis began. She now spends her days managing the services in a Radisson hotel near the Oakland airport.

Carnahan spoke with Marketplace’s Amy Scott back in April, when the project was just getting started. They spoke again for an update and talked about what life has been like inside the hotel.

“The lobby is where a lot of our action happens. It’s where people get meals, meet with their case managers,” Carnahan said. “It’s where we have shelter monitors that can provide them with clothing, hygiene supplies, dog food. We have about 50 pets here.”