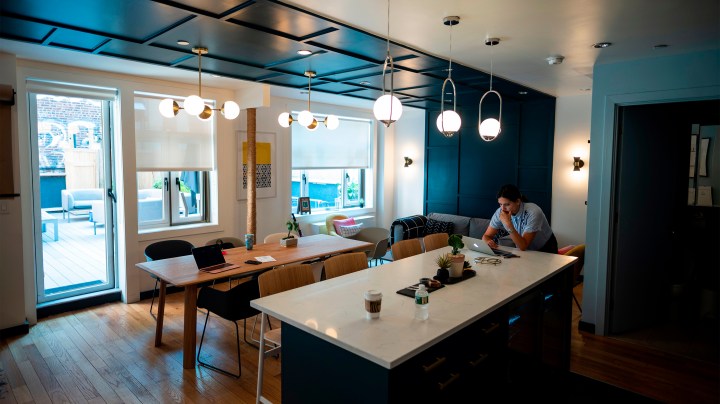 Jenna Lindgren has been making the same call over and over these days, trying to figure out if her clients’ health insurance will cover telehealth. As state after state encourages people to stay home, therapists and psychiatrists have moved their practice out of the office and onto the internet or over the phone.

Mental health care translates to telehealth fairly easily, but whether it’s covered by insurance is another question.

Health insurance is, well, complicated. The Center for Medicare and Medicaid Services, a federal agency, sets the basic rules for public health insurance and private insurers generally follow the government’s lead. But they can also set their own rules.

Until last month, the government was very strict about which technology could be used for telehealth. Therapy had to be done via special, approved, internet platforms; phones weren’t allowed. Now the government says therapy over any phone is permitted, which is a big deal; some people don’t have a smartphone or a computer.

Private companies now have to decide if they’ll cover therapy on the phone, under what circumstances, and for which plans.

“How will the group practice or the provider be working?” asks Pamela Greenberg, president of the Association for Behavioral Health and Wellness, a trade organization that represents health plans. “And then you can determine whether or not that seems like yes that makes sense, that should work via the service that you’re using.”

Greenberg says the other challenge for insurance companies is to make sure the clinicians are actually delivering the service they promise and that patients are still getting the care they need, even from a distance.

“This could really be a game changer for psychiatric practice going forward,” said Haiden Huskamp, who studies health insurance policy at Harvard Medical School. “There may be a push for insurers to keep covering telemedicine for psychiatric care after this crisis ends.”

In the meantime, though, patients and their mental health care providers may not know if treatment will be covered.

Jim Jonas is the father of Paul Jonas, the man who runs the billing service. The senior Jonas is a therapist who runs a mental health practice in the Twin Cities.

Therapists and psychiatrists are just starting to submit their March bills, which means they’ll know in the coming weeks which ones are paid — and which ones are rejected.

The U.S. is relaxing rules for medical professionals working across state lines