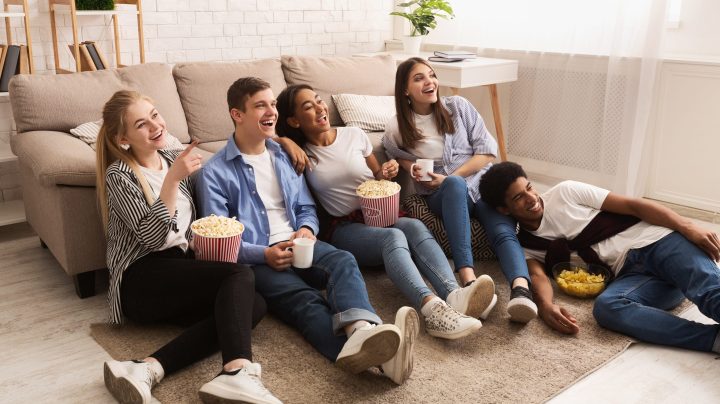 With businesses, theaters, libraries and event spaces across the U.S. shuttering in response to the COVID-19 outbreak, many organizations have decided to make their content more accessible to those in self-isolation.

As you’re trying to decide what to watch or read while you’re staying home, we’ve compiled a list of places where you can access free TV shows, books, movies, concerts and more.

What you can read:

JSTOR, a digital library that normally requires a subscription, has announced that 6,000 of its ebooks and more than 150 journals will be freely available to the public.

This online library, containing ebooks, audiobooks and magazine articles, is making all of its content accessible for free for 30 days.

Through this online database, a large number of publishers are also making their scholarly content temporarily available. They include the Music Library Association, which has articles on music history; the National Bureau of Asian Research; and the University of California Press.

What you can stream or listen to:

HBO is making 500 hours of programming available to those without subscriptions starting on Friday, April 3. Some of the shows include “Succession,” “The Wire” and “Six Feet Under,” while movies include “The Lego Movie 2: The Second Part” and  “Crazy, Stupid, Love.”

The National Theatre in London will begin broadcasting a play every Thursday on its YouTube channel, starting April 2 at 2 p.m. Eastern. The videos will be available to stream a week after they launch. The first production slated to air is Richard Bean’s “One Man, Two Guvnors,” starring James Corden, followed by adaptations of Charlotte Brontë’s “Jane Eyre” and Robert Louis Stevenson’s “Treasure Island.”

Kanopy lets you stream more than 30,000 documentaries, classic and indie films — including popular movies of recent years like “Moonlight” and “Lady Bird.” This content is available to those with a public library card or a university login.

New York’s Metropolitan Opera House will broadcast events as part of its “Live in HD” series. They’ll start at 7:30 p.m. ET and be available on the homepage, metopera.org, for 20 hours. Next week: “Wagner Week,” with five days of performance of the 19th-century German composer’s work.

This online service, owned by Dish Network, is making a some of its content available for free. Selections include ABC News Live and shows like “Shameless” and “3rd Rock from the Sun.”

Oh, hi. Whether you want to learn more about the coronavirus and the economy, or *anything but*, we’ve got a list of episodes for you to stream.

How organizations are trying to make your life easier:

Movie night doesn’t have to be in person anymore. This extension allows you to watch Netflix with friends and family from afar.