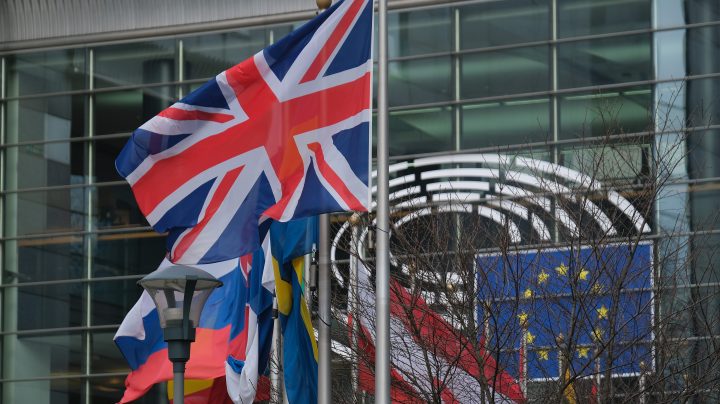 Now the U.K. has to quickly forge a deal with the EU on matters like trade and foreign security before the deadline of Dec. 31, 2020. Also on the to-do list is a trade agreement with the United States, a long-standing ally. It won’t be easy as the U.K. carves out its path as an independent country. Already this year, the U.S. and U.K. have butted heads on Huawei’s presence in the U.K. and taxes on American tech companies.

Amanda Sloat, senior research fellow at the Brookings Institution, spoke with “Marketplace” host Kai Ryssdal about the challenges the U.K. will face as Brexit negotiations continue. The following is an edited transcript of their conversation.

Kai Ryssdal: Let us, as Boris Johnson might say, look not to the past but to the future, after Brexit. What changes tomorrow? Anything?

Amanda Sloat: The main change that happens tomorrow after 11 p.m. London time and midnight Brussels time, is that U.K. officials no longer have access to EU decision making. British members of the European Parliament packed up their offices this week. And British ministers will no longer participate in EU decision making institutions. That said, for citizens and businesses, everything will largely remain the same during this transition period.

Ryssdal: And this is the period in which there’s going to be a whole bunch of things happening. One big thing will be the negotiation of the future relationship of the U.K. to the European Union, yes?

Sloat: That is going to be the main task of the British government and the EU over the next 11 months. The Brexit deal only finalizes the divorce. We now need to sort out what the future relationship is going to look like. And while most of the focus has been on the economic side of that, they also are going to have to work out a large number of security, judicial and law enforcement-type issues.

Ryssdal: Is it fair to say that as agonizing as the period has been since the Brexit referendum in 2016, what we’re looking at now, over the next 11 months, is a really hard part?

Sloat: Absolutely. Despite Boris Johnson campaigning on a slogan of “getting Brexit done,” we really are only seeing the end of the beginning. The negotiations coming up are going to be very contentious and as things currently stand, a very tight timetable in which to get things done.

Ryssdal: About that timetable. Ursula von der Leyen, the new head of the European Union, has said ‘We’re not going to be able to get it done in a year,’ right?

Sloat: It’s not even a year; at its most, it will be 11 months. Both the U.K. and the EU need to put out their negotiating stances, that’s not expected to happen until the end of February, which means these trade talks won’t start until the beginning of March. And depending on the type of agreement that they reach it’s possible that it would need to be ratified by all 27 of the E.U. member states, and in some cases that includes their sub-national parliaments. Certainly, anything comprehensive is very unlikely to be negotiated and ratified within this time frame.

Sloat: Well, it never was going to be easy, contrary to what some of the Brexiteer campaigners may have thought. And when you are looking at very weedy issues of economics, of trade, of regulations and security, it is going to be quite complicated to try and assemble that in a way that is going to satisfy the EU’s desire to protect their single market and give the British government the degree of sovereignty that they are hoping to achieve through Brexit.

Sloat: No, that’s not going to be easy either. And to make matters more complicated, the British government has campaigned on the basis of negotiating with the U.S. and the EU at the same time. The Trump administration wants to have another quick win in an election year. And the Johnson government is hoping to demonstrate quickly to its public that Brexit has benefits. But given that you are likely to have differences on things like food standards, the environment and pharmaceutical pricing, these are not likely to be easy negotiations, either.

Ryssdal: Not only that, but there’s the Huawei decision from the other day, also Iran sanctions. The two are not on the same side. I mean, there are political, military things that come into effect here, too.

Sloat: Absolutely, and the U.K. is going to face broader decisions on how it wants to align itself: with the European Union or with the United States. And this Huawei decision also looks likely to move the U.K. closer to the EU’s position on that, which has had some Trump administration officials questioning what this means in terms of intelligence sharing with the U.K., and some hawkish Republicans in Congress questioning how this will affect their ratification of a possible trade deal with the U.K.