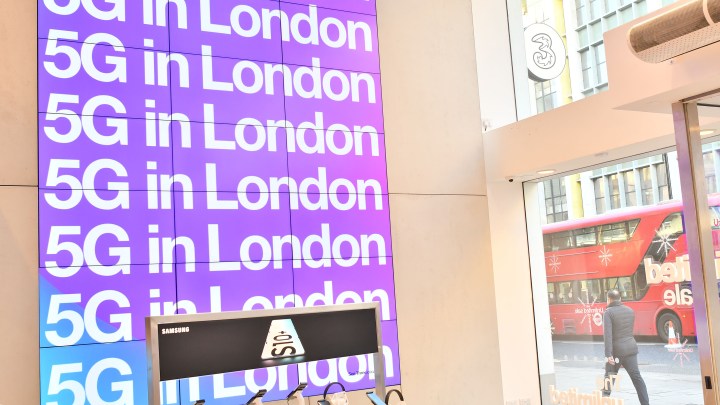 The UK government said Tuesday it will allow Huawei to take part in developing its advanced 5G wireless network. That’s not what the U.S. wanted to hear.

The Trump administration has said having a Chinese company inside any telecom network is a major security threat. The U.S. has been both threatening and pleading that many countries, including the UK, ditch Huawei completely.

Huawei isn’t banned in Britain, but it’s not scot-free either.

“The new rules exclude Huawei and any other what they call high-risk vendor from the more sensitive parts of the communications network,” said Doug Brake, director of broadband and spectrum policy at the Information Technology and Innovation Foundation.

Huawei is pretty much limited to providing equipment that would go into cellphone towers, mostly in rural areas. And even then there’s a limit.

“They can’t have equipment that touches more than 35% of the volume of the 5G network, as well as the number of base stations,” Brake said.

“The horse had already bolted,” he said. All the British telecom giants had already started using Huawei years ago, and to rip it out of the system now would have been costly.

“That would have taken, we think, between 18 and 24 months to do, [and] would have cost the UK economy nearly £7 billion,” Howett said. He added that the UK has been using and auditing Huawei technology for a decade now, and thinks it can handle any risks. But the U.K. decision will bring consequences.

James Lewis, senior vice president and director of the Technology Policy Program at the Center for Strategic and International Studies, said he thinks this will influence the trade deal with the U.S.

He said an already difficult negotiation over trade with the U.S. post-Brexit just got harder. Other European countries, like Germany, may follow the UK’s example — limiting but not expelling Huawei. That could raise tensions between the U.S. and Europe even more.