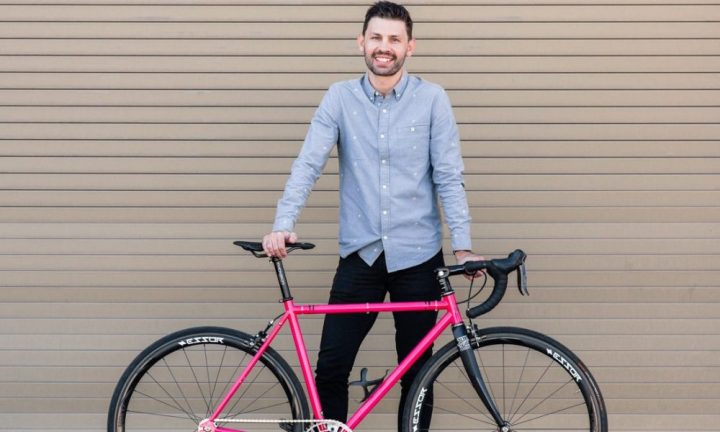 When Mehdi Farsi co-founded State Bicycle Co. in Tempe, Arizona in 2009, the economy had just collapsed and finding a job was tough. A cycling enthusiast, Farsi embarked on an entrepreneurial path. With his younger brother Reza and a high school friend, the trio figured out how to design and import quality bikes. That became the foundation of their business.

But nearly 10 years after they founded the company, Section 301 tariffs, which included bicycles made in China, pushed costs up by 25%, a sharp increase for a small business with 15 employees. Along with thousands of other business owners, Farsi and his team quickly filed for a tariff exemption. On Sept. 20, 2019, State Bicycle Co. received the news it had been waiting for: the exemption was granted, delaying the tariffs for one year.

“My name is Mehdi Farsi, I’m the co-founder of State Bicycle Co. in Tempe, Arizona. State Bicycle Company was started in 2009. The founders were myself, my brother and a high school friend of ours. If you remember 2008 and 2009, you know, there weren’t a lot of options. Going the entrepreneurial route was always appealing. The three of us were all interested in bikes, so we decided to kind of pursue the bike business.

“When we did hear about the tariffs, we had the tough conversation with employees, saying, you know, even if we’re busy, we’re probably not going to be able to bring in extra help and salaries are going to stay put for the foreseeable future. But, in all reality, our overwhelming sentiment was [that] the Walmarts and Home Depots of the world aren’t going to tolerate this … they bring in so much stuff … it’s going to blow over in a couple of weeks or a couple of months. We didn’t think it was going to drag out as long as it has.

“We had filed an exemption for single-speed bikes that we bring in, and we’re bringing in shipments every month, sometimes multiple shipments per month. So just in a few short months, it was tens of thousands of dollars, close to $100,000. The day that we got the trade exemption was pretty surreal. As more information came in, kind of in real time, we found out that it was our application that actually got the exemption for our product that we’re bringing in. So that was pretty wild, that a small company from Tempe, Arizona, was able to get an exemption, whereas companies that are several times –– or even several hundred times –– larger than us didn’t have success in that.

“Jan. 1, 2020, we were able to offer benefits for our full-time employees for the first time. With those savings that we’re picking up, and the hopeful eventual rebate of the tariffs that we did pay, that allowed us to do that for our employees.”