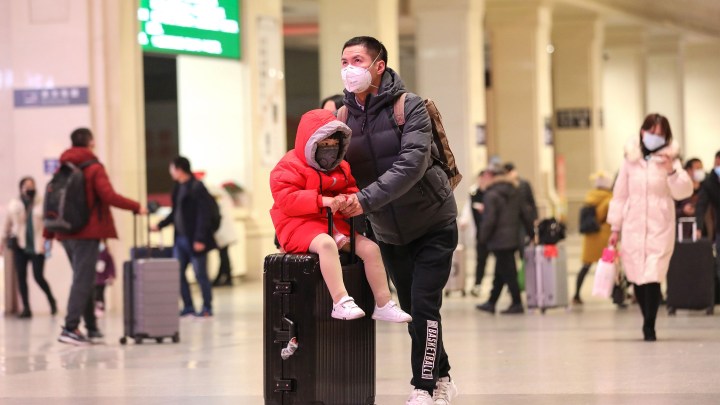 Oil prices fell again Monday on news of the spreading coronavirus cases.
For the week, they’re down about 8%.

Some of this is panic selling, but some key players in the energy markets are asking if we’re in for a longer-term drop in flying, driving and manufacturing from one of the most critical oil buying countries, China.

“What’s spooking the market right now is the uncertainty,” said Claudio Galimberti, who leads demand analytics for S&P Global Platts. “We don’t know if this virus will be contained. This has a potential to be really a game-changer.”

Still, as the international, or Brent, price of oil fell below $60 a barrel Monday morning, Saudi Arabia’s oil minister said OPEC can supply if needed to stabilize prices.

“When the price got to around $60 that’s when OPEC really started to step in. And they started kind of signaling they are monitoring the situation, just to give the market a bit of confidence so it doesn’t fall out,” he said.

But oil markets aren’t only about confidence and psychology. Analyst Michael Tran at RBC Capital Markets is consulting artificial intelligence.

“We used geolocation data to essentially track human foot traffic [inside airports],” he said. Tran found no drop-off in airports outside China. “In other words, jet fuel demand destruction is currently a Chinese issue, it’s not an international issue.”