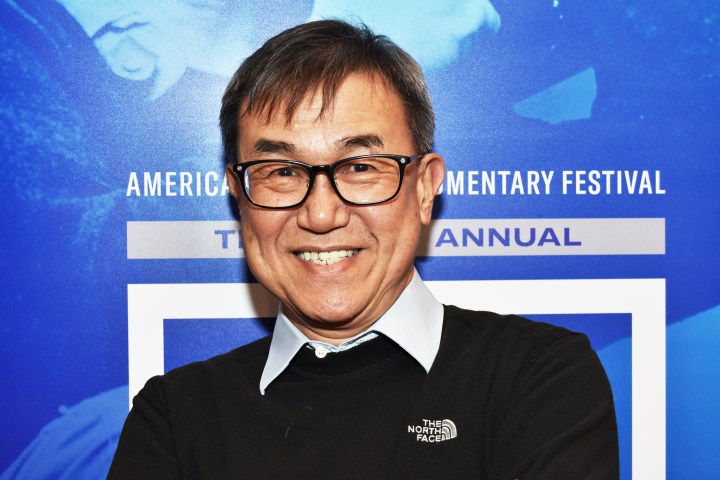 If it brings greater awareness to the subject of sanitation, no joke, pun or publicity stunt is too scatological for Jack Sim, the irreverent toilet advocate from Singapore. A former entrepreneur in the construction sector, Sim has devoted his life after retirement (at 40) to educating anyone who will listen about curbing “open defecation” through toilet use.

While open defecation has steadily declined over the past 10 years, 673 million people worldwide still squat at rivers’ edges, in fields and gutters to defecate, according to a 2019 report published by the United Nations Children’s Fund and the World Health Organization. Open defecation is most common in rural regions of Central and South Asia and sub-Saharan Africa. Consequences range from loss of productivity and tourism revenue to the more catastrophic, like sick populations and infant mortality.

Sim happily peppers his conversations, interviews and speeches with the word “shit” rather than a less jarring synonym; he’ll also throw around his tagline, “making poo culture into pop culture.” Sim’s unconventional advocacy efforts over the course of five years, such as donning a toilet costume, have been captured in a new documentary, “Mr Toilet: The World’s #2 Man,” directed by Lily Zepeda.

Working to provide sanitary bathroom facilities struck a personal chord for Sim, who used a bucket as a child living in a slum of Singapore. He clearly remembers a “very filthy” outhouse and kids with intestinal worms. At 6 years old he and his family moved into public housing with a flushing toilet, which made them “upper class” in Sim’s mind at the time.

Although each country and region has its particular set of public health issues related to open defecation, generally speaking, the practice can contaminate drinking water and cause the transmission of typhoid and cholera, among other illnesses. Diarrhea often leads to anemia, creating problematic pregnancies resulting in preterm births, if not worse, and stunted childhood development. Hookworm, parasitic infections and trachoma, which can lead to loss of vision, are also related to open defecation.

“The toilet is the cheapest medicine in the world,” explains Sim, “because when you have toilets and hand washing, all this disappears.” Sim adds that it costs more to cure sick people “than to build the toilet.”

In some regions women and girls who openly defecate are prone to being peeped at, jeered, assaulted, even raped. Women are also traditionally tasked with helping children and the elderly with their open defecation, adding to women’s lost time. According to a 2018 UNICEF report, 23% of schools worldwide have insufficient toilets, from a bucket to none at all, also making it difficult for pubescent schoolgirls to take care of their menstrual cycles.

“The big economic effects of open defecation accrue to survivors years after the diseases of childhood.”

Besides the impact on the general well-being of populations, open defecation affects local and national economies. In the 2017 book “Where India Goes,” authors Diane Coffey and Dean Spears found open defecation “threatens children’s ability to learn.” They write: “The big economic effects of open defecation accrue to survivors years after the diseases of childhood.” The book describes reduced future wages of adult workers, which affects a community in multiple ways, including tax revenue.

That impact can be seen in a 2013 report by the World Bank’s Global Water Security & Sanitation Partnership, which looked at poor sanitation in 18 African countries. According to the report, open defecation accounts for nearly $2 billion in annual losses, from treating epidemic outbreaks to cumulative time lost. The report estimated that 23 million toilets would have to be built in order to eliminate open defecation in those 18 countries.

Where residents typically don’t have the resources to build and maintain private toilets, NGOs, governments and private/public partnerships have installed various types of toilets, from private in-home to communal, innovative to standard “porta-potties.” Usage results have been mixed.

India’s high-profile Swachh Bharat Mission, launched in 2014 by Prime Minister Narendra Modi, aimed to make the country open defecation-free (ODF) by October 2019. According to multiple reports India is not ODF despite Modi’s declaration that SBM achieved its goal. Modi claimed India built 110 million toilets, Sim thinks the actual number of toilets built is about half, but still gives Modi credit.

“It’s not a perfect job,” Sim said, “but no prime minister has ever built that many.” He cautioned that construction of toilets does not mean toilet use.

Building a toilet doesn’t change behavior overnight. That’s the conclusion from a 2019 study of rural Nepal co-written by Dr. Shyam Sundar Budhathoki. While 15% of the Nepali village population studied practiced open defecation because they had no toilet, others did it by choice because of habits, culture and even ideas about hygiene. According to Budhathoki’s earlier research from 2017, 75.9% of the village households had home toilets, however 5.7% of those opted for open defecation.

Many found a toilet attached to the house distasteful.

“I have been going out [to defecate] in the morning with the same people (childhood friends) for many years now,” a middle-aged woman is quoted in the recent 2019 Nepal report. “We share our stories, discuss our problems and plan our day during that time.”

A 70-year-old woman said: “I never imagined a day would come when people would use rooms for excreting … we enjoy the process in the serene environment beneath the open sky.“

Many found a toilet attached to the house distasteful. A young man claimed that he had no idea what a nuisance the smell would be, “… it feels like we excrete in our beds. So none of us uses it.” Another man thought it more efficient to use his latrine for grain storage than what it’s intended for, deeming it “ridiculous.”

Budhathoki explained via email that the current approach by the government to shift people away from open defecation could be more culturally sensitive. Rather than telling people what they’ve been doing for centuries is “wrong,” which Budhathoki calls “outright judgmental,” he feels authorities need to be more respectful of regional culture and history. Budhathoki found those who built and used home toilets often did so when one of their family members returned home after working away.

Ending open defecation worldwide is part of the UN’s Sustainable Development Goal 6, set for 2030. India, among other countries, has tried everything from parades to festivals to public campaigns led by celebrities. Sim thinks the goal will be “substantially” reached, but not completely because toilet installation initiatives, like India’s SBM, have been supply-driven rather than behavior-driven.