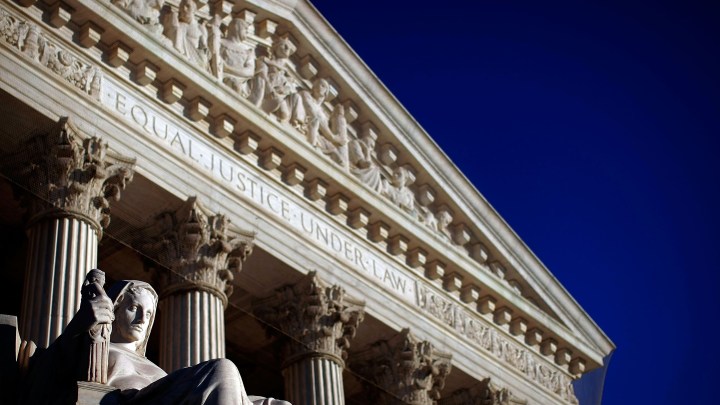 Just over a year ago, Brett Kavanaugh was sworn in as a justice to the Supreme Court of the United States. In the time since, the highest court of the land has dealt with questions of gerrymandering, citizenship on the U.S. census and antitrust lawsuits. The court is back in session this week.

For more insight on how the Supreme Court has changed in the last year and what cases are important to watch this session, Marketplace spoke with Jessica Levinson, a law professor at Loyola Law School in Los Angeles. The following is an edited conversation with Levinson.

How has or hasn’t the Supreme Court changed in the year since Kavanaugh’s confirmation?

I think it’s moving to the right. The question is, is it going to do a slow, wide turn to the right? Or is it going to jut very sharply to the right? What’s changed is that last year, the court was just trying to recover from that confirmation hearing, and the confirmation battle. This year, obviously, that’s 12 months away and I think the court is kind of being forced to take more controversial cases. So whereas last year, I think the name of the game was just to try and shy away from headlines as much as possible, and to try to look as nonpartisan and independent as possible, and to avoid controversial issues as much as possible. I think this term, we see it looks much more like a “typical blockbuster term.” You have abortion, you have religion, you have LGBT rights, you have gun control, you have executive power, you have health care. This is going to be a big, big controversial question that the court tried to avoid a year ago.

How is the court expected to move this session?

Well, I think we’re going to have a better sense after some of the oral arguments, and hearing some of the questions. I will say that I think a lot of this is going to come down to Chief Justice John Roberts and how important it is for him to make it look like the Supreme Court is not just a political body, and how much he’s going to try and hold the center with narrow decisions or compromise decisions.

Was there anything surprising about the way the Supreme Court has ruled in the last year?

I think that over the last year, you saw the court really struggling kind of openly with the citizenship question on the census. In a way, it was interesting to see how the court tried to come to a resolution and how narrow that resolution actually was. But in terms of surprising: No, I don’t think there were a bunch of surprises last year.

What should we keep in mind for the upcoming session?

The issue: Whether discrimination of an employee based on the employee’s sexual orientation falls under the “because of … sex” category of Title VII.

The issue: Whether Title VII protects transgender people from discrimination based on the fact that they are transgender, and sex stereotyping.

The issue: Similar to Bostock v. Clayton County, Georgia, this case will decide whether discrimination of an employee based on the employee’s sexual orientation falls under the “because of … sex” category of Title VII.

Other cases to keep an eye on

The issue: Whether the Clean Water Act requires a permit when a pollutant is released into navigable water indirectly, like through groundwater.

The issue: Whether the 1967 Age Discrimination in Employment Act — which protects employees 40 and older from age discrimination — requires a “but-for” cause, meaning proof that the action would not have happened if age were not a factor.

Oral arguments: to be announced