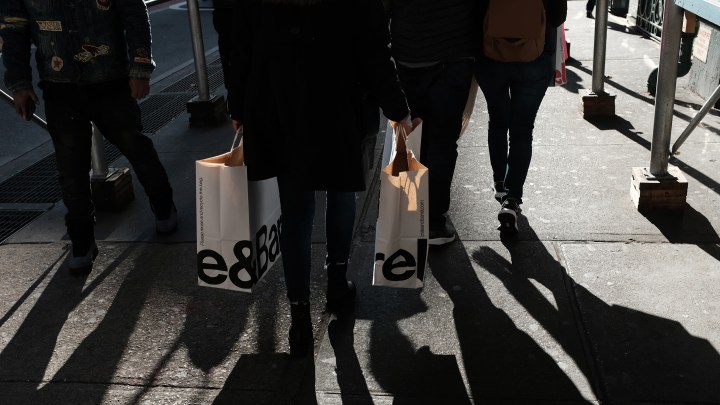 Look, the economy is complicated and it moves fast. News breaks and headlines don’t always tell the whole story. That’s why we’re launching a new series where we take it back to the basics. It’s called “Kai Explains.” This time, we’re talking about an indicator that we talk about a lot this time of the month — how consumers feel about the economy.

Consumer spending accounts for 70% of the U.S. economy.

The reason economists and business journalists watch for these numbers every month is because “how people are feeling about the economy is likely to impact consumer spending, and consumer spending is a very large part of our economy, about 70% of [gross domestic product],” says Jeremy Piger, economics professor at the University of Oregon.

There are different surveys that do all that measuring

One way to find out how consumers feel about the health of the economy is to read the Consumer Confidence Survey put out by the Conference Board. Its release is usually followed shortly by the University of Michigan’s Consumer Sentiment Index. For more about how these surveys are similar or differ, check out our explainer on that topic.

As always, context is everything

“You can have volatility month to month,” says Lynn Franco, director of economic indicators at the Conference Board. She said recently, the trade war and tariffs have worried consumers. “But as long as we look at the overall trend and put it into historical context, then I think we provide the reader with a good overall view of what’s really happening.”