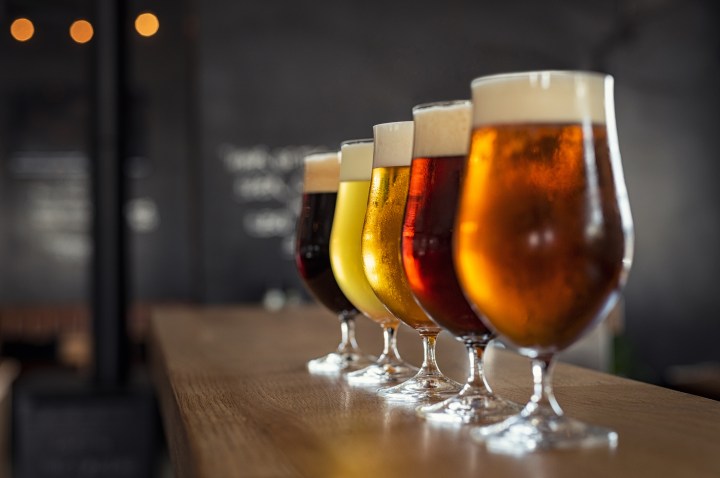 With increased talk of a possible recession from analysts and economists, we asked Marketplace listeners how they feel about a potential downturn.

Several of you — including a craft beer distributor — shared how you think a recession would affect the industry you work in or your plans to retire. Here were some of your responses:

“I work at a small college, and I really love my job. When the recession word started to be tossed around, my immediate thought was that it was a good thing that I love my job, because I’m going to be doing it for a lot longer than I thought I was going to be doing. I don’t mind continuing to work, and I think I’m going to be like a much less boring Professor Binns — the history teacher in the ‘Harry Potter’ novels — and just keep teaching after I’m gone.”

Conor Giard, general manager of a craft beer distributor based in Burlington, Vermont

“I started in this business in 2007, and even through the Great Recession and the recovery period, I’ve never really known anything other than explosive growth. It became apparent to me that the beverage distribution business is somewhat recession-resistant. Turns out when times are good, people will drink beer, and when times are bad, people will still drink beer. The state of the economy does, however, seem to determine where people will do their drinking.

When times are good and the consumer has a little bit more money in their pocket, they might opt for a bar or a restaurant experience where retailer markups are a bit higher. In tighter times, the consumer will stop at a store on their way home from work and pick up a six-pack or a 12-pack, for the cost of really, just a pint or two. And as a beer distributor, we supply both of those locations.”

“On the one side, it provides great opportunities in terms of entrepreneurship, where the markets respond better to innovation right after a recession. For example, Uber was founded in 2009, and right after that, the gig economy became a huge thing. On the other hand, costs do go up, and a recession is a dicey time for everybody, where they don’t know if they’ll have a job or if they’ll face losses soon. So that’s the flip side of it.

I would like to become an entrepreneur in the brewing industry, and right after a recession, when the steel prices go up or labor costs go up, I would be in a position to offer my services as a mechanical engineer at a lower cost while maintaining the same quality.”

“I own two businesses. One is a cleaning and maintenance company, and the other one is a business where I sell street clothing and sneakers. I might lose a couple of clients because it’s more of a luxury if it’s not an emergency or a necessity.

Both of them, if a recession comes and hits, I think I might lose a couple of clients. But I know in my street clothing, I’m starting to lose business now. My main buyers are from China. I’m trying to sell as much as I possibly can, obviously at the profit margins that I still prefer.”