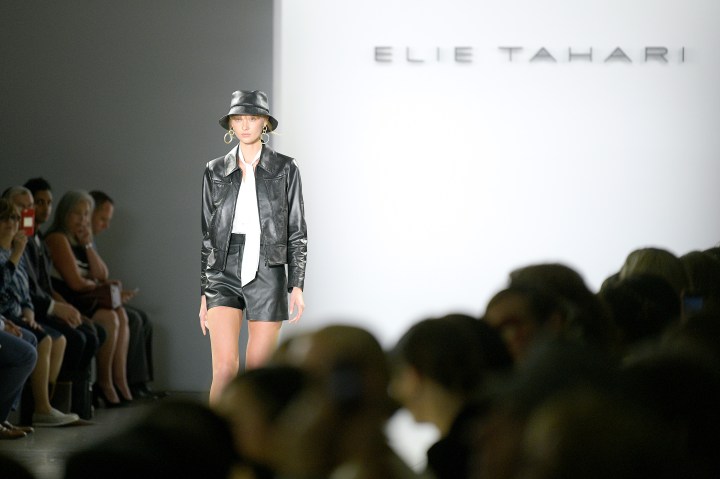 COPY
A model walks the runway for the Elie Tahari show during New York Fashion Week: The Shows at Spring Studios on Sept 5. Roy Rochlin/Roy Rochlin

Long is out and short is in at New York Fashion Week, opening Friday. Under new leadership from designer Tom Ford, the event has been slimmed down to five days after stretching as long as eight days in recent years.

Over more than half a century, New York Fashion Week has grown into a massive extravaganza. The twice-yearly event now generates an estimated $600 million in economic activity and attracts 150,000 attendees — from buyers and fashion editors to celebrities and influencers.

But the packed schedule can leave even the freshest-faced fashionista a little worse for wear.

“I wouldn’t say I feel glamorous,” said Alexandra Mondalek, who writes about the fashion industry. “It’s truly a marathon.”

She said guests began complaining the event had become too big and unwieldy — a particular challenge for international buyers and press, who have become increasingly important in this globalized industry.

“The losers are the small people, the designers that are trying to break in,” Londrigan said. But he points out the shrinking of New York Fashion Week echoes the shrinking influence of this traditional platform in an industry that can now reach millions in an instant on social media.