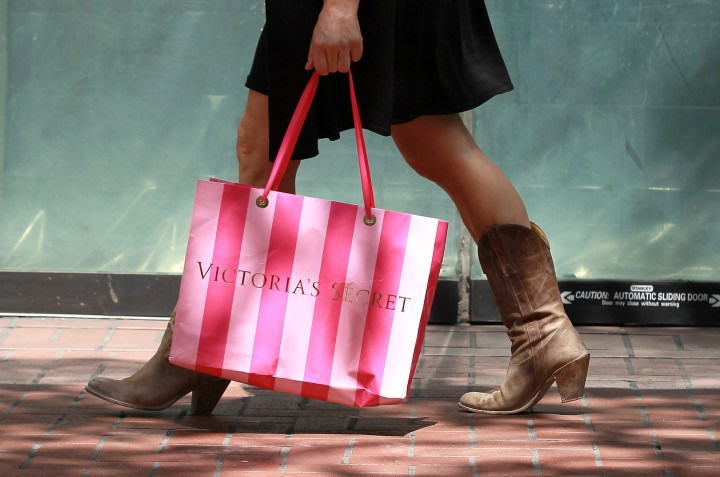 The move comes at a tumultuous time for Victoria’s Secret, which has been losing market share as shoppers shy away from the brand’s rhinestone-encrusted underwear and signature pink logos, and toward more inclusive alternatives like Aerie and ThirdLove. L Brands shares plummeted this week following an earnings report that revealed Victoria’s Secret sales are continuing to decline.

Given its poor track record of representing diversity in race, gender and size, many experts say change is coming too late for Victoria Secret.

Marketplace’s Kimberly Adams spoke about the industry’s evolution with Cora Harrington, lingerie expert and author of the book “In Intimate Detail.”

Kimberly Adams: What changes are we seeing in the lingerie industry right now?

Adams: What was behind the Victoria’s Secret decision to hire a transgender model?

Harrington: I think it’s connected to Victoria’s Secret’s attempt to turn the conversation around. I do think it’s too little, too late; I do think public opinion has firmly turned against them. But I am very happy for the model they hired. I think you can be happy for the individual model, but still disappointed in the brand.

Adams: Traditionally, lingerie is a pretty gendered type of clothing. In your book, you use gender-neutral language — why did you choose to do that?

Harrington: It was very important to make all kinds of people, no matter their gender identity or how they saw themselves, feel welcome to the world of lingerie. One easy way to do that is to use gender-neutral language.

Adams: A big focus of your book is that lingerie should be accessible to everyone. But there’s a whole chunk of the laundry industry that’s dedicated to shapewear, including things like corsets and waist cinchers and things that are used to either hide some aspect of a person’s body or change it all together. How do you mesh those two ideas?

Harrington: I don’t think we can talk about shapewear in isolation; we know that there’s strong societal pressure for people to look a certain way. But from my perspective, my job isn’t to tell people they shouldn’t wear it — it’s to help people make more informed decisions.

Adams: Based on what we’ve seen in the last couple of years in the lingerie industry, is there now a business case to be made for inclusivity?

Harrington: I believe there is, and I think we’ve seen that with brands like Playful Promises, Nubian Skin and Aerie. I think that because of consumers’ voices, that because there are some brands leading the way, that a lot of these companies are going to have to change. Because customers can now respond and tell you what they want to see.